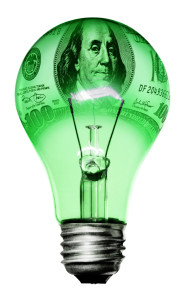 Energy bills are one of the few areas where employers can cut costs without sacrificing quality. And no matter how much energy you’ve cut in the past, there’s probably room for even more savings.

The National Renewable Energy Laboratory (NREL) has a checklist of energy-saving tips for any commercial building. Here are some of the key pointers you can pass along to your facility staffers:

It’s more efficient to operate smaller boilers than it is to use one larger boiler to meet a partial load, according to NREL. In fact, operating on high-fire settings and installing smaller boilers can save more than 7% of a typical facility’s energy load.

Revolving doors reduce the amount of unconditioned air entering a building by a factor of eight compared to swinging doors.

Replace all standard efficiency motors with National Electrical Manufacturers Associationpremium motors. They can reduce energy usage by as much as 10%.

Use occupancy sensor power strips for all non-critical office equipment, such as task lights, printers, scanners, radios and fans.