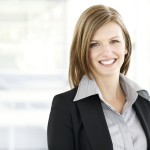 The jury’s in: Recent research says women use the emotional and social competencies correlated with effective leadership and management better and more often than men.

A study from the Hay Group division of management consulting giant Korn Ferry shows that women outperform men in 11 of 12 key emotional intelligence competencies — the keys to successful talent management. The lone category in which women didn’t score higher than men was emotional self-control, where no gender differences were observed.

The study, which utilized  The Emotional and Social Competency Inventory (ESCI), examined data from 55,000 professionals across 90 countries and all levels of management, collected between 2011-2015. ESCI was developed by Richard E. Boyatzis, Daniel Goleman and the Hay Group,

A summary of the research:

‘A strong case for gender equity’

“The data suggests a strong need for more women in the workforce to take on leadership roles,” said Goleman in a press release. “When you factor in the correlation between high emotional intelligence and those leaders who deliver better business results, there is a strong case for gender equity. Organizations must find ways to identify women who score highly on these competencies and empower them.”

Conversely, leaders with low emotional intelligence have greater potential to drive team members away from the organization, the firm says.