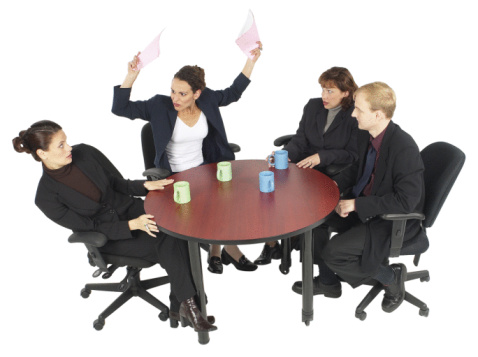 There’s nothing wrong with employees griping about some work-related issue from time to time.

It’s human nature for workers to complain. But when a staffer becomes a chronic complainer, he or she can easily affect the morale of other workers – and wear on your patience.

Some studies suggest that influential people who have positive attitudes help others around them think more positively. The opposite is also true: Negative people eventually wear down other teammates and turn their outlook on work and eventually the company’s mission towards the negative side.

Here are four proven ways for dealing with chronic complainers before they poison the well:

1. Nip complaints in the bud

It can be tempting to ignore a chronic complainer and hope that he or she quiets down.

Sometimes the complaints may reflect a real issue that other staffers just aren’t speaking up about. So it’s unwise to dismiss most complaints as being too trivial.

2. Hear out the complainer

When you feel the complaints are becoming chronic, sit down and hear the staffer out.

Sometimes a worker may not feel like he or she is being heard, and the person may just want to vent. So actively listen to the complainer.

When the person’s done venting, ask some questions.

For example, if the worker gripes about a co-worker, ask, “Have you talked to her/him?”

Some chronic complaints may go away after the worker talks them out with you.

3. Come up with a solution

Along those lines, decide if the worker’s complaint is legitimate and if there’s anything you can do.

In some cases, you may be able to team up with the complainer to work out a solution to the issue.

Bottom line: Try to take that negative energy from the complainer and turn it into a positive.

Also know when to draw the line.

When a complaint isn’t legitimate and there’s nothing you can do, be honest with the staffer.

Telling the staffer you’ll look into it, but then brushing it under the rug, can undermine your credibility.