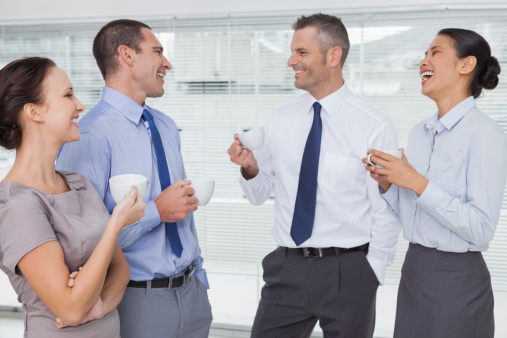 Holding staffers accountable for the work they do is a day-in, day-out job. You may be tempted to let some folks off the hook sometimes.

But letting a staffer slide more than once can lead to a pattern of behavior that’s hard to break.

And if they’re taking financial rules lightly, it could be putting your company in danger.

Here are the four most common excuses supervisors and execs give for allowing staffers to get by with subpar performances, followed by the reason why they should be held accountable.

(If one or more of these excuses sound familiar, it could be a warning side that it’s time to get tougher with any problematic employees.)

If a staffer starts underperforming, there’s a tendency to think it’s a problem that will pass. Or it’s just an excusable slip-up – won’t happen again!

You’re better off addressing problem behaviors before they become bad habits that are tough to break.

When someone’s work isn’t up to snuff, it’s crucial to do more than just give hints that you’re not happy about it.

Have a conversation and make sure to include specific examples of what needs to be improved.

If you assume workers know what they did wrong instead of spelling it out, they’re likely to make the same mistakes again.

Holding your crew accountable for the mistakes they make is not the same as micromanaging.

In fact, it’s best for staffers to get honest feedback about their work so they can improve, if need be.

This is a valid concern, but not necessarily a problem to worry about.

Constructive (and patient) criticism boosts morale. When you give no feedback, that’s a surefire morale-killer.

Staffers will always have questions and concerns about their performance, and getting timely feedback from you is a big part of them knowing the answers.