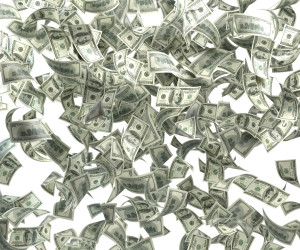 Have you completed a lighting, HVAC or building envelope upgrade in the past 11 years? If so, your company likely qualifies for Section 179D tax incentives of up to $1.80 per square foot.

Get paid for older retrofits

Here’s the catch: To qualify, a project must reduce energy costs beyond a specific version of the ASHRAE 90.1 energy code.

For lighting projects, ASHRAE 90.1-2007 is about 25% more energy-efficient than ASHRAE 90.1-2001. Most LED retrofits should qualify, according to Charles Goulding, president of Energy Tax Savers.

The best part of this tax incentive program is that projects can easily be applied retroactively.

It’s likely too late to include qualifying lighting, HVAC, or building envelope projects from 2006 through 2015 on your firm’s tax returns this year. Make it a priority for next year. If you’re planning an energy project for 2016, ask the equipment vendor if the project meets the required energy savings for ASHRAE 90.1-2007.

Another great part of Section 179D? The feds don’t care what technology you use. As long as you surpass the ASHRAE standard, you’re rewarded with tax breaks.