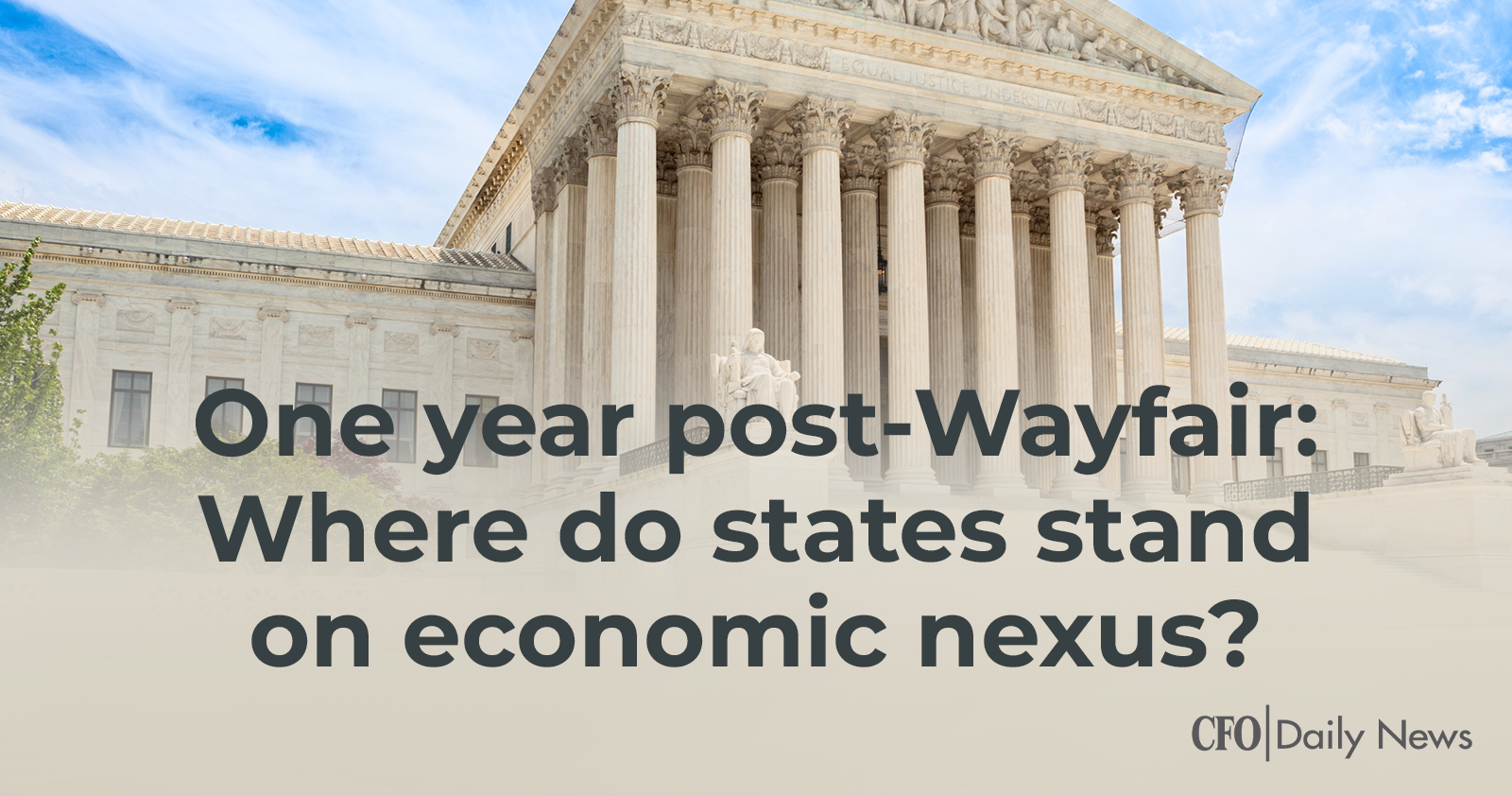 It’s hard to believe that it’s been over a year since the Supreme Court ruled online sales are taxable in the highly watched case South Dakota v. Wayfair.

Chances are, your A/P and A/R departments are still reeling from the massive change and trying to keep up with all the state laws that followed in the Court’s wake.

That hasn’t been an easy feat by any means. Many states quickly jumped to create their own complicated rules and add strict enforcement dates. Some states acted a little too fast and then backtracked on their requirements, causing even more confusion for your finance staffers, vendors and customers.

In short, it’s been a whirlwind. Take a look at where states stand now, so you can be sure your staffers are both applying and paying the correct sales tax for online purchases.

As of now, 42 states have enacted economic nexus legislation to require remote sellers you work with to add sales tax to your company’s purchases.

The three remaining states that haven’t added economic nexus laws (Florida, Kansas and Missouri) all proposed legislation that didn’t come to pass this time around. Remind your finance staffers that these are three states they should have on their radar in the coming months.

Though most states already have economic nexus laws on the books, they aren’t done acting just yet. Some are making additional changes to either spur more sales tax revenue, or simplify things for sellers and consumers. Here are two trends your finance staffers should be aware of:

Now, the vast majority of states have also added sales tax collection laws for marketplace facilitators, and it’s likely those who haven’t will add them soon.

Tell your finance staffers to keep an eye on changing thresholds too, so they can make sure not one dime of company money is misspent.