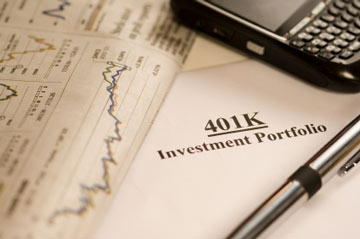 When employers fail to include disclaimers with all of their benefits statements, they’re leaving themselves wide open to legal problems.

That’s a key takeaway from a recent court case regarding a company’s retirement plan and its corresponding benefits statements.

Spiewacki v. Ford Motor Co.-UAW Ret. Bd. of Admin. involved a retiree who brought a lawsuit against his former employer.

The suit centered on a number of things relating to estimates the company made regarding his benefits.

According to Spiewacki, the company shouldn’t have been able to pay him a benefit level lower than his original estimate.

He argued that the estimate or, as Spiewacki put it, the “miscalculation,” was the reason he ultimately decided to retire in the first place.

Because of this, Ford should be “estopped” from cutting his benefits.

Now here’s where Ford’s disclaimer comes into play. The court shot down Spiewacki’s argument because his benefits packet stated three times that the quoted benefit amounts were only estimates; therefore,

Spiewacki couldn’t reasonably rely on those estimates as actual amounts, the court said.

Bottom line: Spiewacki was clearly warned – on multiple occasions – that his retirement benefits were “subject to change.”

Implications for all plans

Obviously this case has major implications for defined-benefit (DB) plans, as DB participants often request a calculation of their benefits either at or before the time of their retirement.

But as employment attorney Keith McMurdy points out: This case is an important reminder on the importance of disclaimers for all benefits plans, both DB and defined-contribution (DC) plans.

Although DC plans provide participants with balance statements littered with all types of fine print and legal verbiage, very few of these statements include disclaimers that clearly state account balances are subject to change.

So that’s something HR pros may want to talk to their providers about including.