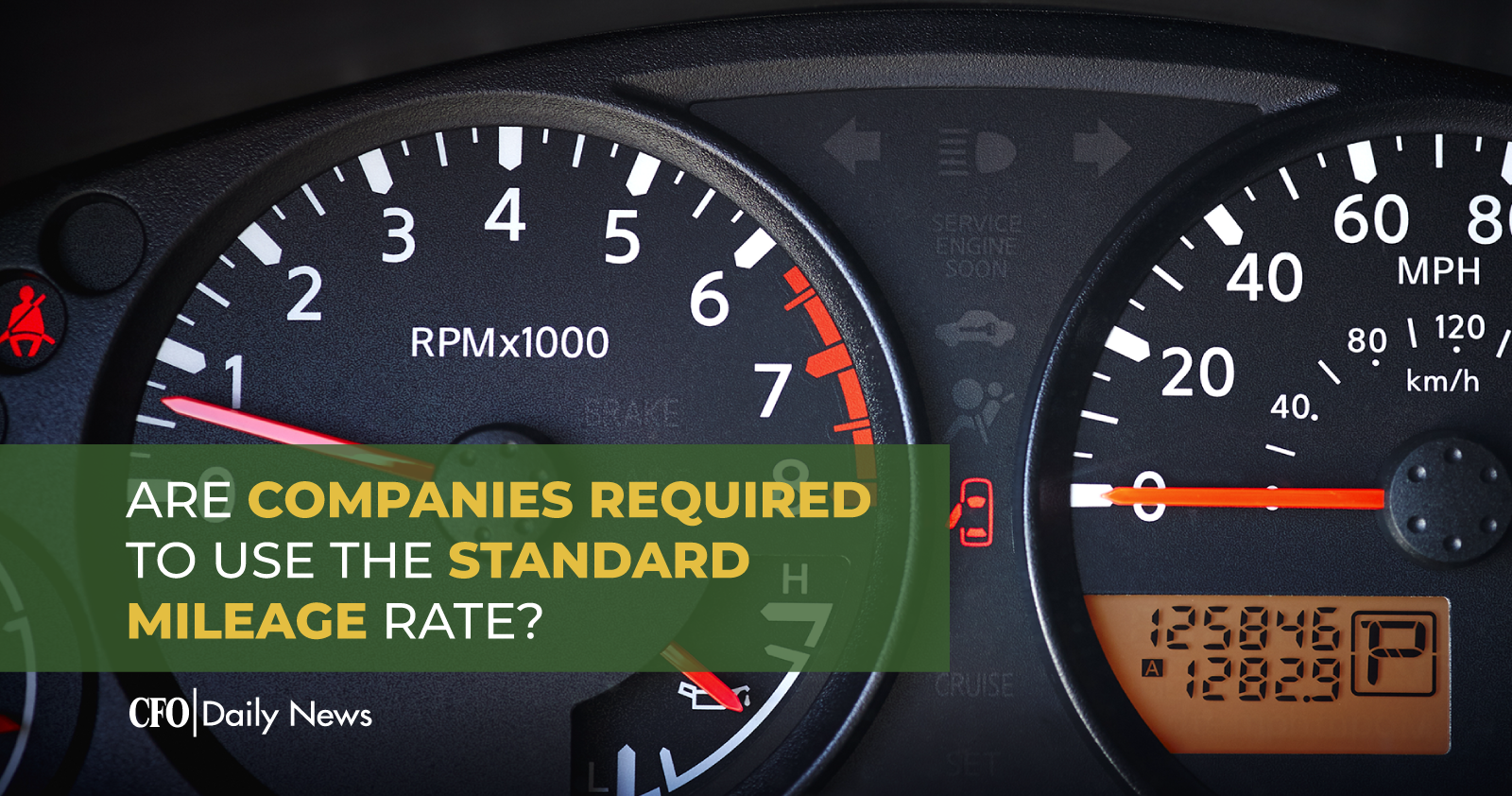 Here’s new insight for your finance department on how to compliantly reimburse delivery drivers for their mileage expenses.

As you know, per the Fair Labor Standards Act (FLSA), companies must pay nonexempt employees at least minimum wage for all the hours they work, plus overtime for any hours over 40 per week. And you must ensure any costs incurred by employees (e.g., tools, fuel) don’t bring their wages below the minimum wage.

In the courts, there have been numerous lawsuits against companies that employ delivery drivers. They claim drivers making close to the minimum wage weren’t correctly and fairly paid for expenses incurred on the road. And because prior DOL guidance says using IRS’s mileage rate complies with the FLSA, some interpreted that to mean companies were legally required to use the IRS’s rate.

But a new opinion letter clarifies that’s not quite true. While companies can use IRS’s standard mileage rate to reimburse delivery drivers, they don’t legally have to. Instead, companies may “reasonably approximate an employee’s expenses” through methods other than the Service’s method. And though the DOL doesn’t endorse any particular method, the opinion letter provides examples of other ways to reasonably approximate expenses.

It also reaffirms that if the driver’s vehicle isn’t solely used for work, you only have to reimburse the variable expenses that can be attributed to their work. So, additional expenses like lease payments and license fees may not have to be included in your calculations.

Whether your company use IRS’s standard mileage rate or another method to reimburse delivery drivers, the key is to have a well-documented process. It must hold up in court against FSLA claims and show your company’s good faith effort to accurately reimburse drivers.

And this opinion letter can help with that. Because it’s an official interpretation, companies can leverage it as a reference point when justifying their own reimbursement process.

It’d be smart to share this new insight with your finance team. And if delivery drivers are on your payroll, you may want to review your reimbursement process. Make sure it’s as straightforward, effective and legally sound as possible.