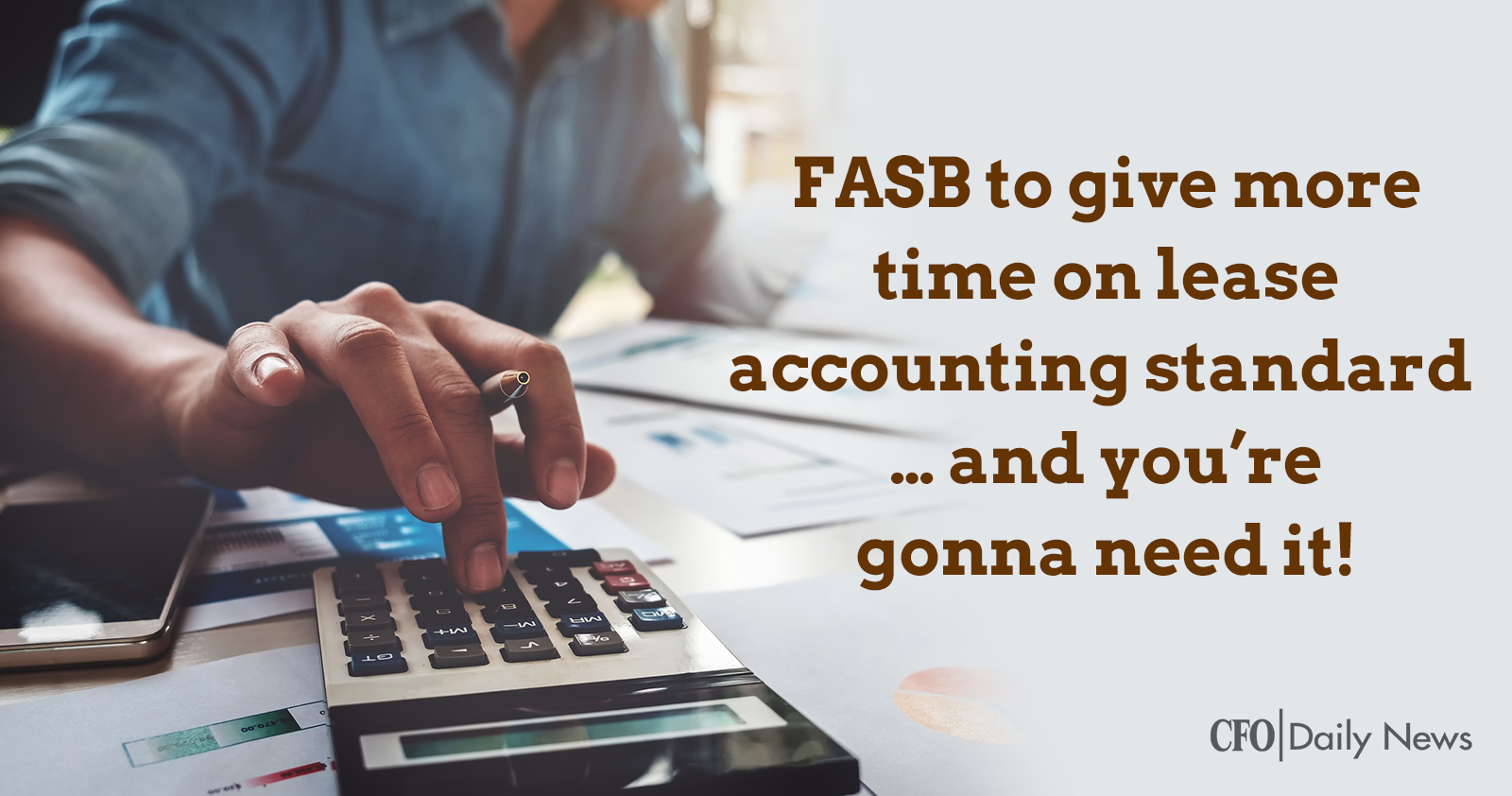 While it’s not a done deal yet, you’re likely going to get an extra year to get in compliance with the new lease accounting standard — if you’re a private company.

Last month FASB unanimously voted  to push back the effective date, making the expected new deadline for annual reporting periods beginning after Dec. 15, 2020. The plan is out for comment now, but it’s expected to be a slam dunk.

Especially when you consider the progress – or lack thereof – your peers have made on implementation so far.

Just 5% have completed the transition

As of last month:

That’s according to the “The Accountant’s Journey Towards Adopting the New Lease Standards” survey by LeaseQuery.

So where do you fall on the continuum?  No matter how much progress you’ve made so far, you’ll want to leave more time than you think you’ll need to get in compliance.

Turns out your peers who’ve gotten far along found the process significantly more challenging than they thought it would be.

In fact, while 37% of companies early in the process anticipated a difficult transition, two-thirds (67%) of them found it difficult when they got in deep.

Companies have been dragging their feet on this for years – pretty much since the standard was first released.

Making the most of the extra implementation time

The extra year to implement will be a gift, for sure. But you want to take the lessons your pioneering peers learned the hard way to pave the way for a smooth migration within your own organization.

Take a look at the five most challenging aspects other companies have encountered while they were in the midst of implementing the changes:

These are issues you’ll want to address as early in the process as possible to avoid potentially expensive surprises.

And stay tuned – Resourceful Finance Pro will update you as soon as the pushed-back deadline becomes official.