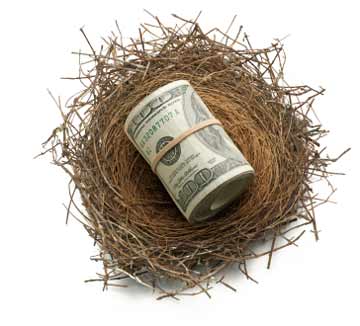 When a person asks, “How much money will I need in retirement?” the only honest way to answer is with, “It depends.”

What’s most helpful is steering the person’s thinking in another direction so they can take honest stock of their finances before it’s too late.

Employees may come to you or other trusted financial experts for advice on this question. The younger they are, the better in many cases, largely because it shows they’re taking stock of their financial planning and resources before they’re realistically looking to retire.

For people who seek advice about retirement, try asking these two questions:

1. How long will you need your retirement savings?

Let retirement-conscious people know up front: “Don’t be surprised if you have a lot more years ahead than you think.”

People may know that the average lifespan for men and women has dramatically increased over the last 50 years.

But a 45-year-old typically can’t imagine him or herself at 80. We all make financial decisions on how we perceive reality, not on what the bare facts are.

Life expectancy decreased by about one year due to COVID-19 deaths. The current life expectancy for males is 74 and 1/2 years, and for females it’s just over 80. The United States currently ranks 54th out of all nations at 77 and 1/4 years.

Caveat: These numbers shouldn’t be used as the only benchmark to gauge if expected 401(k) and IRA withdrawals, stock dividends and the like will go as far as needed.

People with low to moderate body mass index figures are more likely to liver longer, as are people who never smoked cigarettes and drank very little or not at all.

2. When do you plan on retiring?

Social Security (SS) is a help for just about any retiree. For some folks, it’s a critical lifeline if investments haven’t panned out or they’ve had financial difficulties along the way.

For example, AARP estimates that for more than 40% of unmarried SS recipients, SS makes up 90% of their total household income. That’s not a position anyone wants to be in.

The expected SS cost-of-living increase for 2023 is expected to be 8.7%, the highest ever on record. That sounds like a great deal for current retirees, except that inflation is well over 8% in 2022 (and that doesn’t include food and fuel costs).

Bottom line: Putting off retirement just a few years will help increase the total worth of the person’s nest egg and maximize SS payments to boot.