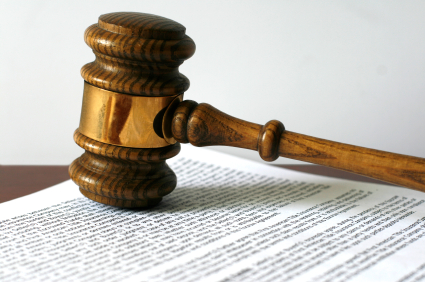 Spoiler Alert: It could happen to anyone.

Think of all the paper that crosses your desk in a given day. Some of those are just business as usual; others are binding legal documents.

And if someone makes a mistake on that paperwork, you could still be bound to it. No matter how much money it costs you.

That’s the hard lesson one company recently learned when a simple paperwork error in its credit process left it out in the cold when a major customer filed for bankruptcy.

Take a look at the specifics of this case and why you need to encourage double and even triple checking when the stakes are high.

Like many smart creditors, JPMorgan Chase had filed a UCC-1 to perfect a security interest for one of its major customers: General Motors.

JPMorgan had done everything right here and properly filed to secure the loan, which was backed by a variety of GM’s assets, including equipment and fixtures at 42 facilities throughout the U.S.

As the loan was reaching maturity, the customer decided to pay it off. As part of the process GM pulled all the filings against it, including JPMorgan’s UCC-1 filing.

When GM’s legal team prepared a closing checklist and UCC-3 termination statements to terminate all three security interests, it mistakenly including JPMorgan’s UCC-1 in the mix.

Both sides and the legal eagles reviewed that checklist, but no one caught the mistake and the security interest was terminated.

You know what happens next: GM went bankrupt. And that’s when the mistake was discovered.

JP Morgan went to the committee of unsecured creditors claiming that its loan was secured. Its reasoning: that the filing was ineffective since it was unauthorized.

The creditor won the first round of the fight, but lost on appeal. The Delaware Supreme Court’s ruling: Under UCC §9-509(d)(1) if the secured party of record authorized the filing of the UCC-3 statement, statement is effective — regardless of whether the secured party subjectively intended or understood the effect of filing the statement.

Ouch. That was a multi-million-dollar mistake.

It could happen to anyone – but it doesn’t have to

This case serves as a major wake-up call for all companies of all sizes. You don’t need to be a corporate giant like JPMorgan to fall victim to a simple paperwork oversight.

To avoid a similar and costly fate: