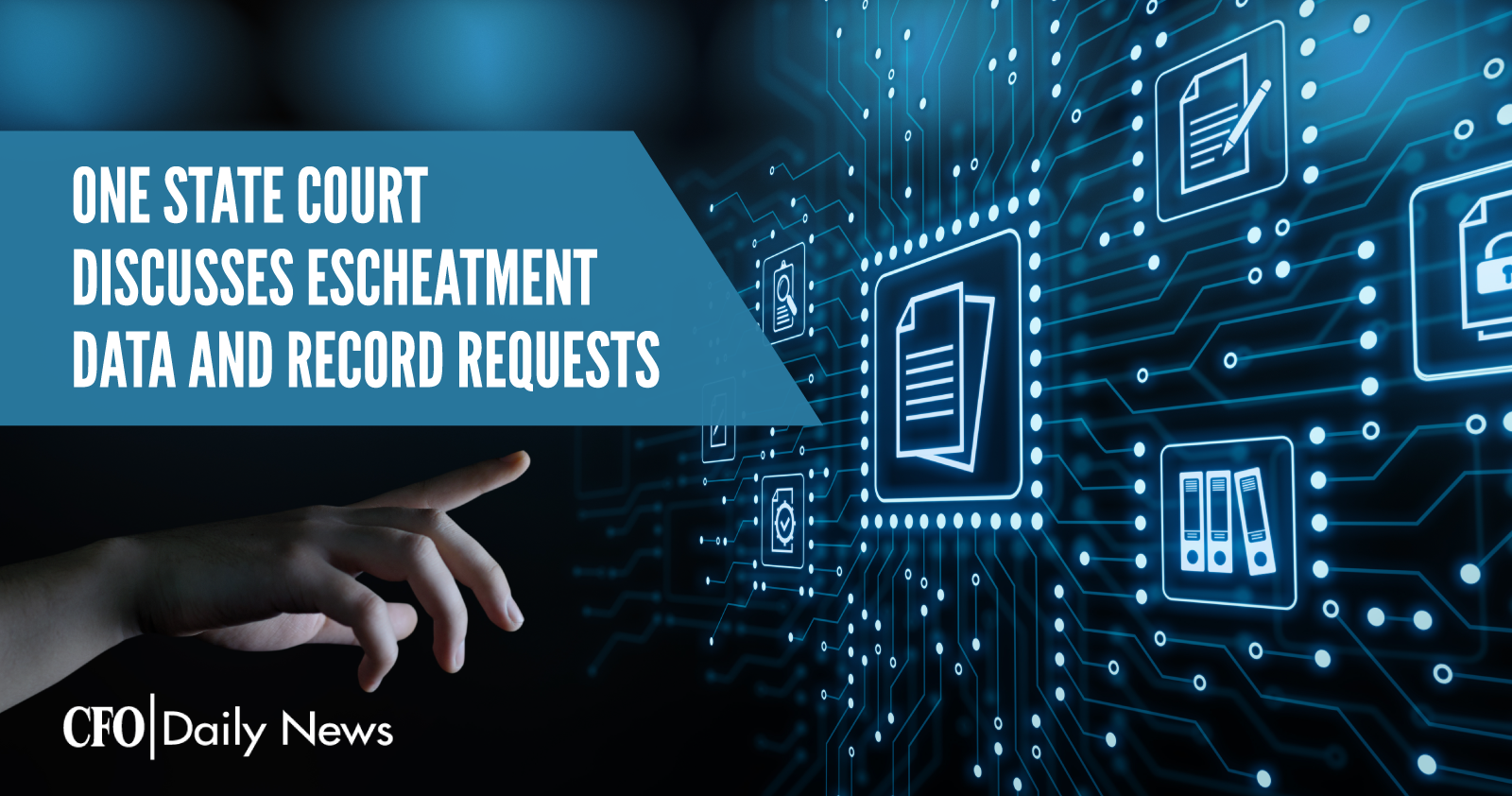 How far can states go when requesting and assessing your company’s finance records in an unclaimed property audit?

As you know, states have their own requirements and standards for unclaimed property audits. And Delaware is known for having one of the most arduous processes. Their audits often involve extensive record digging and can go on for years.

In this case, AT&T’s audit began back in 2012. The company believed the state’s request for certain records was overreaching and unnecessary.

Finally, the Delaware Court of Chancery has weighed in on the situation. And while this decision is especially notable for CFOs subject to Delaware’s unclaimed property rules, it’s also useful for other companies to see how courts are ruling on the topic, so they too can avoid penalties.

Here are some main takeaways, as outlined by the escheatment experts at Ryan LLC:

1. The state can’t blindly request records from years past. In 2017, Delaware modified its statute of limitations law to say auditors can’t try to “enforce the reporting, payment, or delivery of property more than 10 years” later. During the AT&T audit, the state said this could be applied retroactively – meaning it could go back to 2002 records, since audit began in 2012. In fact, the state wanted access to records as far back as 1992.

But the court ruled nothing in the law indicated it could or should be applied retroactively. That means, despite the 2017 law, auditors can’t necessarily include records from years and years ago.

2. Expansive record requests can be challenged. During this audit, the state requested data on all of AT&T’s checks – cashed, stopped, voided, reissued and outstanding.

The court said while the state technically could request all those checks, the request’s “expansive nature” must be considered. Enforcing that order “could be an abuse of this court’s process.” So, if auditors make far-reaching record requests that seem unnecessary, companies have a right to challenge them.

3. Companies may have to produce new records to meet audit requests – within reason. Many companies feel audits should only include records that already exist in the course of normal business operations. But in this audit, the state requested that AT&T extract data from a database and create a spreadsheet.

The court’s response: It’s one thing for companies to export data from a recordkeeping system into a readable format. It’s another thing to ask a company to manually populate a new spreadsheet with millions of transactions. The latter would be abusive, the court explained.