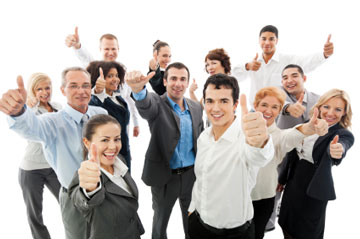 Thinking about expanding your Finance department? You may want to try this unorthodox approach for weeding out less than desirable candidates.

Jennifer Walzer, CEO of Backup My Info!, asks applicants to submit a joke along with their resumes and cover letters. Any joke they find humorous. Then she sits back and waits for some groan-worthy responses.

The real purpose of this practice isn’t to gauge your applicants’ senses of humor. Instead, think of it as a way to get them to open up a little and let you see their true colors before you ever have to meet them. And if you’re eager to add new blood to Finance, any edge can help.

Most of the jokes you get will probably be innocuous. But be wary of applicants who submit offensive or off-color jokes. Think about what exactly an applicant is revealing about himself if he sends you a dirty joke.

If an applicant feels comfortable tossing out off-color jokes to someone he is presumably trying to impress, it can indicate a lack of sensitivity and/or awareness of what’s appropriate in an office environment. Plus, imagine if you hire him and he tells that joke to a coworker or customer! It’s trouble waiting to happen.

Don’t waste your time: Eliminate dirty jokes tellers from your pool of applicants right from the start.

You can also expect to get a few applicants who won’t include a joke. And that could indicate trouble as well.

Sure, they might just be too reserved to deliver a real knee-slapper, but then again, they should be trying to impress you.

Not including a joke is more of an indication that they’re not good at following directions or lack attention to detail. By not adding one at your request, they’re already ignoring the first direction you’re giving them as their potential leader.

Consider tossing them out with the dirty joke tellers.

At best, asking applicants to include a joke with their applications will help you eliminate some undesirables. At worst? You’ll get a few well-needed chuckles while going through that stack of candidates.