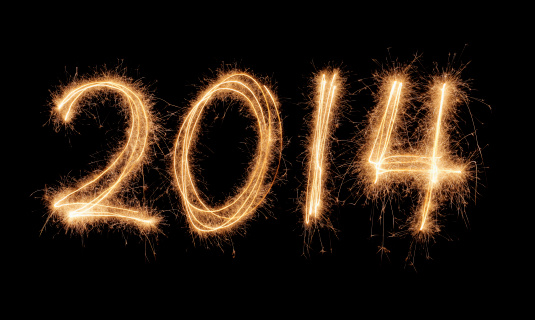 Enough about New Year’s resolutions. What are your New Year’s predictions for 2014? A majority of CFOs are gearing up for what they predict is going to be a profitable year.

Things are continuing to look up, according to CFOs. Finance chiefs reported feeling optimistic about the economy’s recovery in the annual Business Outlook Survey from the Association for Financial Professionals.

Although they predict business will grow at a slower pace in 2014 than in 2013, 52% of CFOs claimed they expected an improvement in business conditions in the coming year. In fact, 57% stated they thought their companies would generate “somewhat more” revenue in 2014.

Thirty-three percent were a little more cautious, saying conditions would likely stay the same, and 15% said they expected a change for the worst.

Here’s hoping for improvement, though if it happens, it’s most likely not going to be until the third quarter, according to the survey. A majority of finance chiefs (61%) believe business will stay about the same for the first half of 2014. There are still a large number of CFO optimists, though: 29% think business conditions will improve in the first and second quarters.

Finance chiefs’ optimism for 2014 is also reflected in hiring expectations. Forty-three percent of CFOs expect their companies to increase in staff numbers. And those that don’t plan on expanding their numbers at least aren’t worrying about layoffs: 42% predicted their company would neither hire nor layoff significant numbers of employees in 2014.

But what about layoffs and hiring in Finance specifically? The good news is that most finance workers can rest easy – only 7% of CFOs reported they expected to have to downsize their finance departments. But finance chiefs aren’t exactly racing to expand their departments, either. Nearly two thirds (74%) said they thought Finance would keep the same amount of employees and only 19% predicted they would need to expand.