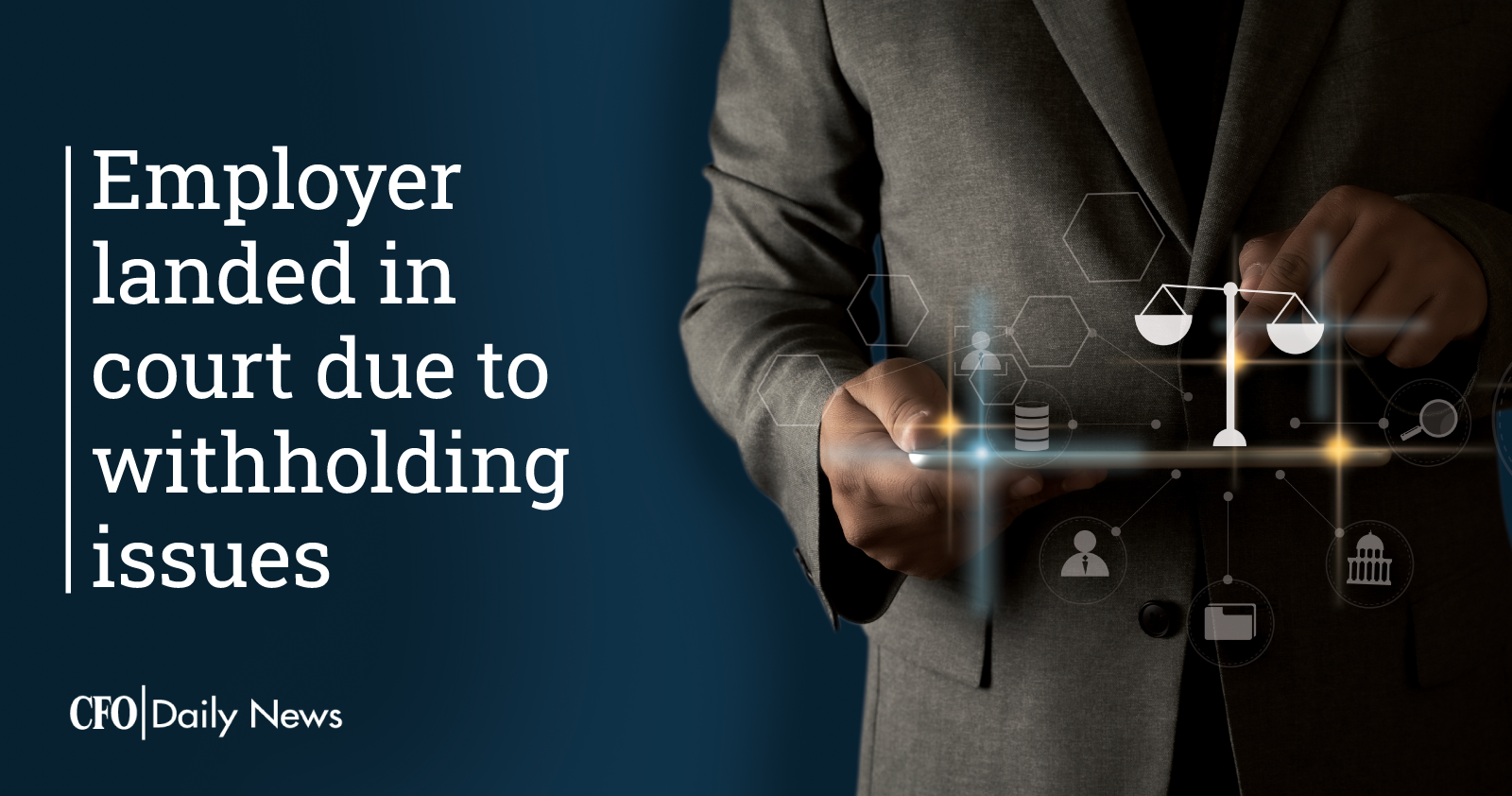 When your Payroll department receives an Income Withholding Order for Support (IWO) for an employee, it’s crucial to make sure the right amount is being deducted for child support.

Employers that don’t withhold per the terms of the order may end up liable for paying the support themselves – along with added costly penalties.

One employer’s misreading of an IWO turned into a long court battle with an employee’s former spouse over child support payments.

In Burns v. Delta Airlines, the worker’s ex-spouse claimed the employer owed her penalties because it didn’t follow the IWO it received correctly.

Initially, the employer didn’t withhold enough of the worker’s disposable income to cover his payments. It opted to deduct from his pay at the lowest amount allowed by the federal Consumer Credit Protection Act (CCPA).

However, the worker was actually in arrears. So the employer should have withheld more of his pay. The employer said this was merely a case of human error. Although it took a few months, the company eventually paid the former spouse all the back child support owed.

Because the employer withheld at least the minimum in good faith and eventually corrected its mistake, an appeals court reduced the penalties it had to pay. But it’s still on the hook for some penalties and interest for sending payments late.

With that in mind, it’s key to make sure your Payroll team is handling child support deductions correctly. Per the CCPA, the normal withholding limits for child support payments are 50% of disposable income if an employee is supporting more than one spouse or child and 60% otherwise.

However, if an employee is at least 12 weeks behind on making child support payments, the maximum amount that can be withheld increases to 55% if the employee is supporting another spouse or child and 65% otherwise.

Individual states may have lower withholding limits. So tell your Payroll folks to be mindful of that when they receive an IWO.