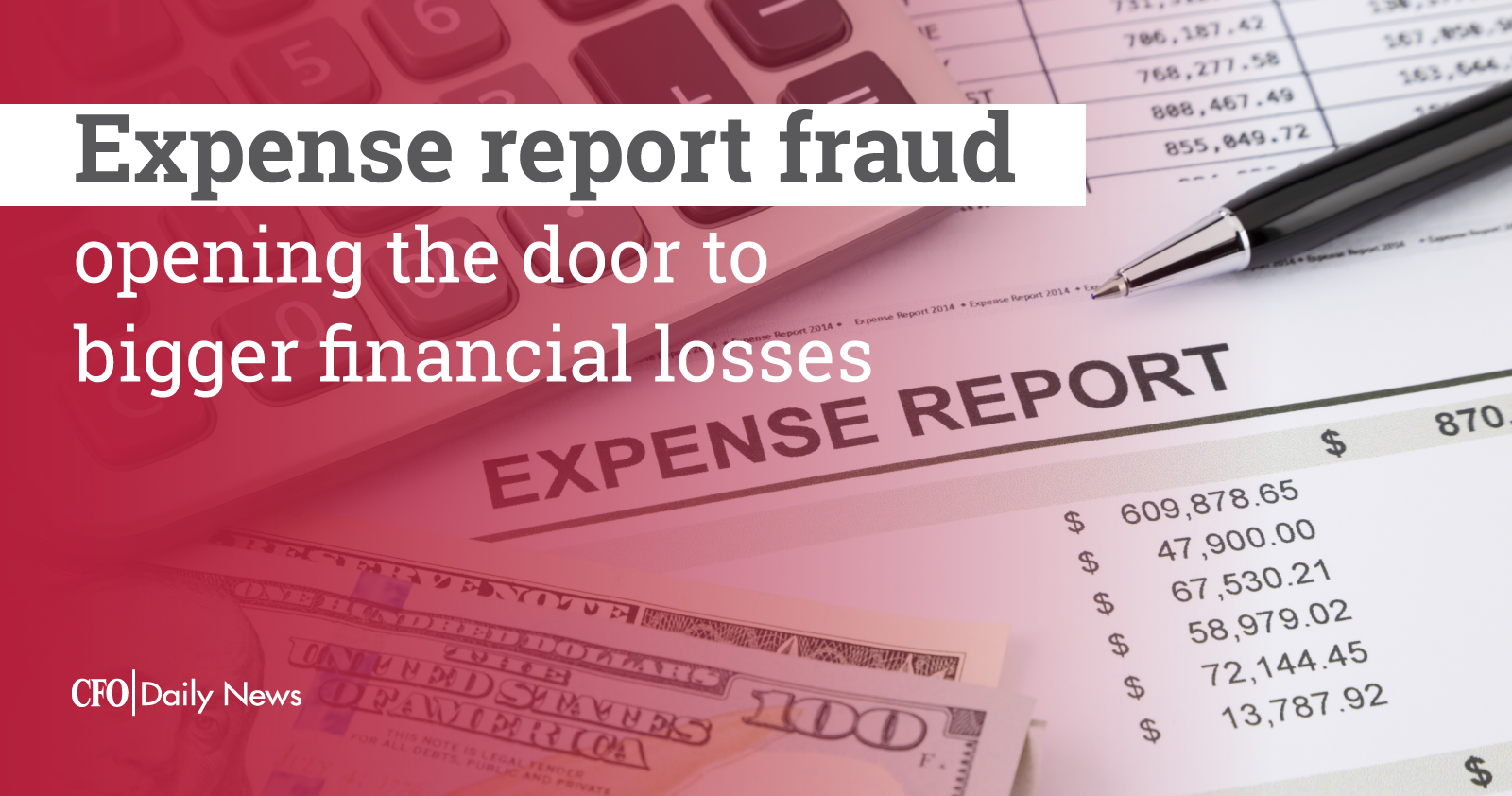 In today’s corporate climate, strict vigilance for expense report fraud is becoming even more important for your finance department.

Right off the bat, that’s a whole lot of financial loss that could be slipping by during the reimbursement process. But the scariest part? Those expense report fraud crimes are often just the beginning.

Travel expense report fraud can be called the “gateway” to larger fraud, says financial fraud expert Guido van Drunen in a webinar by BrightTALK. Most employees begin a fraud career by dabbling in expense report fraud, then migrating to bigger things, he explains.

Picture this scenario: A sales rep decides to test the waters and submit a fraudulent travel expense of around $30. He gets away with it, so he does it again – this time, with a slightly higher amount. From there, he gets more creative with his tactics, moving on to other types of fraud like skimming, check tampering and billing schemes. He continues to escalate his crimes and embezzle hundreds, then thousands of dollars – and now his company’s looking at astronomical fraud losses.

Another reason expense report fraud is a common starting point: Nearly every employee at your company will submit expenses to A/P at some point. That means essentially everyone has an opportunity to experiment with expense report fraud, whereas other fraudulent methods may not be so easily achievable.

As CFO, your overall goal is to expand your business and increase revenue. But as your company grows over the years, so will its expenses. That’ll create an even greater opportunity for abuse, van Drunen adds.

That’s why now’s the time to talk with your finance department about today’s expense report fraud climate. Along with giving expense reports their usual close eye, staffers may want to take other precautions to stop employees’ fraud careers before they begin or escalate. Here are two ideas to consider:

One way to prevent employees from even trying to commit expense report fraud is to create a company culture that’s known for closely auditing expenses and strictly enforcing repercussions.

Even if your staffers don’t have time to triple-check every little expense that comes through A/P, making employees think that staffers do could deter them from attempting fraud in the first place.

When employees pay with personal cards or cash, you have less visibility than if they were to use, say, a corporate card. It’s much easier for employees to fudge expenses they “paid for with cash” than ones that would show up on your company’s card statement.

Consider whether your current payment methods are what’s best. And if you decide to make changes, be sure to communicate to employees that one of the main goals for doing so is preventing expense report fraud, so they know it’s on your radar.