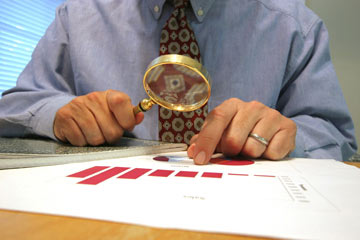 Granted, it’s probably not going to make the NY Times Best Sellers list anytime soon, but it’s sure valuable to you: your Finance policies and procedures manual.

After all, its contents can do everything from helping a staffer sub in for coworker to preventing fraud.

Which is why you want to make sure you have the most thorough and exhaustive manual out there … without it being exhausting to create one.

That was a recent topic being buzzed about on a LinkedIn Finance board. Accounting pros were sounding off on what makes for the best policy manual. And there were plenty of great ideas.

To make sure you, your staffers and even employees outside of finance get the most out of your manual, try to make sure it contains the items in the following checklist:

__   You include plenty of screen shots. So many financial processes are automated these days – it helps to show staffers just what their computer screens should look like when they process a check req or run a credit score. Helpful hint: Some managers use a “Snip It” function (or something similar) so they can add bubbles to include notes with the screen shots.

__    You number your steps.  It may seem logical to you that you do this first and that second, but it might not be to someone who’s new to Finance or unfamiliar with a given task. By making sure each step is numbered folks will feel like they’re being guided along step by step. And that makes for fewer questions for you and errors to be corrected down the road.

__    You use titles, rather than specific people’s names. People get promoted. Turnover happens. So you’re better off writing that the “payroll assistant” is in charge of a given task, rather than “Katie Elms.” That will means less revising down the road. Your revision time would be better devoted to adding new procedures or streamlining things than simply swapping staffer names.

__   You address exceptions.So you clearly lay out a plan for how a given process runs … and then you can immediately think of an exception or two! After you spell out the normal ways of doing things, be sure you’re walking folks through how to handle those cases that don’t follow the usual rules. That’s usually when folks get into the most trouble.

__   You cover even unusual situations. Similar to exceptions, you know things are often different every day in any Finance department.And while most policies and procedures manuals cover all the most frequent scenarios staffers will face in a given day, it’s worth devoting a little attention to the less frequent and more unusual situations that crop up. So even if it’s rare for employees to travel internationally on company business, it’s probably a good idea to add a small section on exchange rates for expense reporting.