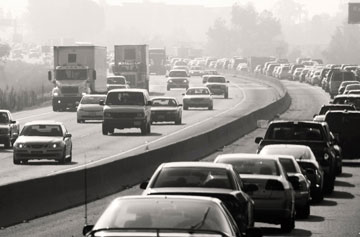 IRS handed you one last unwanted gift in 2013: the news to pass along to employees that they’ll get less money every time they travel on business.

The 2014 standard mileage rate was just released. And in a somewhat-surprise move, the Taxman actually cut the rate for the new year.

In 2014, your company can reimburse employees 56 cents for every mile they drive on company business without having to treat that money as income. That’s half a cent less than they have been getting this year.

And that isn’t going to be popular.

There’s no dancing around it – this is something Finance will have to address right away to help minimize the errors that tend to creep in during transition time.

Here are some strategies to help your staffers to do just that:

Do a multi-media blitz. Granted, it’s not news anyone wants to spread. But you will want to spread it ASAP. And do so in a variety of ways so no one (or at least fewer folks) can plead ignorance when they put the wrong rate on their expense reports in January. Try an email update, post it on your company’s intranet – even a sign on A/P’s desk can help get everyone informed. Insider tip: Be sure all approving managers know about the new reduced rate too. After all, they’re the ones who see expense reports before they ever get to Finance. If supervisors can catch mistakes, maybe your staffers won’t have to.

Encourage A/P to be sympathetic. Of course you didn’t make the mileage rate, but you do have to reinforce it. And while half a penny likely won’t send anyone into financial ruin, people still won’t be pleased. So they’re likely to do a little griping. See if you can encourage your staffers to be sensitive to this situation. The best approach: silence. Most people who complain just want to vent – they’re not necessarily expecting a solution. So if A/P keeps an open ear and a sympathetic demeanor it may blow over faster.

Help them remember. Even with a full-court press, people are bound to forget what the new mileage rate is. So it’s a good idea to try and help them remember. Think about having A/P send a reminder email on expense submission deadline day for the first few cycles of the year. Some companies actually print the mileage rate directly on the expense report forms so that no one even has to look anything up. Easier for travelers and A/P, who won’t have to bounce back incorrect reports.

Other rates changed too

The standard mileage rate isn’t the only place the Taxman got stingier. The medical and moving mileage rates also drop half a cent for 2014 to 23.5 cents per mile.

You won’t have to do anything different when it comes to miles driven in the service of a charitable organization. That holds at 14 cents a mile.