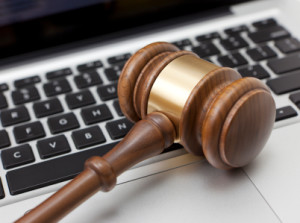 As CFOs are busy putting together their ACA compliance strategies for next year, they need to be aware of a pending class-action lawsuit that has the potential to change everything.

The class-action lawsuit we’re referring to was filed against Dave & Buster’s and it claimed the restaurant chain cut workers’ hours to avoid ACA healthcare coverage requirements.

Employers everywhere hoped the suit would be instantly dismissed.

Dave’s & Buster’s is one of a number of companies using – or planning to use – the hour-reduction strategy as an ACA workaround.

And by allowing the lawsuit to proceed, the court sent a clear message to employers: Reducing workers’ hours to avoid ACA requirements could very well violate federal law.

That means an influx of similar lawsuits could be filed as a direct result of this ruling.

The suit claims that Dave & Buster’s reduced workers’ hours to below 30 per week – the threshold for full-time work under the ACA – in an effort to avoid the Obamacare provision that requires all large employers to offer coverage to all full-time employees or face penalties.

In a nutshell, this ERISA provision prohibits employers and/or plan sponsors from discriminating against any participant or beneficiary for exercising a right under ERISA or an ERISA benefit plan – or from interfering with their ability to exercise those rights.

So Dave & Buster’s workers are claiming that by having their hours reduced, the restaurant interfered with their right to be eligible for its healthcare benefits – which would violate ERISA Section 510.

For its part, Dave & Buster’s argued there was no guaranteed “accrued benefit” over future health insurance coverage for hours not yet worked so the ERISA claims shouldn’t hold water.

But a court didn’t see it that way.

What the court said

In its refusal to dismiss the case, the court found the complaint “sufficiently and plausibly” contained enough evidence to support the argument that the restaurant intentionally interfered with the employees’ rights to benefits under its health plan.

The court also cited emails and other communications which described the reductions as a tool to limit the ACA’s impact on the company’s bottom line in its decision not to dismiss the lawsuit.

While the company hasn’t lost just yet, the ruling does suggest a willingness from the court to allow firms to make long, drawn-out arguments under ERISA 510.

And that’s an alarming development.

What it means to you

The court’s refusal to dismiss this major ACA lawsuit is particularly concerning for employers.

For one thing, it gives bloodthirsty attorneys a tried-and-true model to structure ERISA Section 510 complaints in situations employees’ hours were reduced.

But it also gives employers some insight on what to avoid.

To be safe, employers may want to avoid any wholesale reductions in workers’ hours until this lawsuit is decided.

And if you’ve already decided to go ahead with such a move, avoid any documentation that proves such a move is a clear attempt to skirt ACA requirements.

The court made it clear that Dave & Buster’s straightforward statements about the ACA’s impact on its bottom line didn’t help with its dismissal efforts.

And those documents could prove to be the nail in the coffin if the company sees this case through.