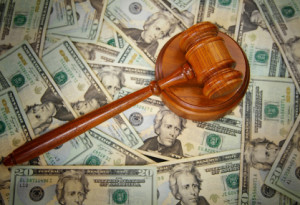 Just in time for the new overtime rules, the Supreme Court has broadened the way employees can file class action suits to settle wage-and-hour disputes.

The court recently sided with 3,300 workers at an Iowa pork processing facility who claimed their employer, Tyson Foods, owed them overtime for putting on and taking off the protective equipment required for their jobs.

The timing isn’t great. With the new OT rules potentially just weeks away, employment lawyers are salivating at the prospect of a deluge of new employee wage-and-hour cases.

A lower court had awarded the Tyson workers about $6 million. The case before the Supreme Court centered around whether the workers had properly been granted class status and whether the plaintiffs could use a statistical analysis to prove they were entitled to the overtime pay.

The employees claimed they weren’t paid for donning and doffing their protective gear, which protected them from injury as they slaughtered hogs and prepared them for shipment at the Tyson facility in Storm Lake, IA..

Since Tyson didn’t keep records of the time spent donning and doffing, the employees relied on a study performed by an industrial relations expert who, according to a Wall Streeet Journal blog, set the average time spent at about 20 minutes per day.  The researchers then paired that data with workers’ time sheets.

Tyson’s lawyers argued that the analysis was faulty, given the differences between the time various employees might spend in the donning/doffing process, and the fact that the data included workers who hadn’t worked any overtime.

But Justice Anthony Kennedy, writing the opinion for the 6-2 majority, ruled that the statistical proof was sufficient. He quoted a 1946 Supreme Court ruling, which said that “Where the employer’s records are inaccurate or inadequate and the employee cannot offer convincing substitutes,” it is enough for workers to rely on “sufficient evidence to show the amount and extent of that work as a matter of just and reasonable inference.”

Adam Liptak, writing in the New York Times, said the most recent ruling limited the sweep of the court’s 2011 decision in Walmart Stores v. Dukes, which threw out an enormous employment discrimination class-action suit and made it harder for workers, investors and consumers to join together to pursue their claims.

The Walmart decision “does not stand for the broad proposition that a representative sample is an impermissible means of establishing classwide liability,” Justice Kennedy wrote. “ … While the experiences of the employees in Walmart bore little relationship to one another, in this case each employee worked in the same facility, did similar work, and was paid under the same policy.”

Here’s the bottom line, from Jacob Gershman on the WSJ blog:

Justice Kennedy said the court in its decision wasn’t establishing a sweeping standard for using statistical sampling in class actions. Such methods, he said, should be reviewed by courts on a case-by-case basis.

And there’s still the problem of figuring out who actually gets what when the time comes to distribute the damages award, Chief Justice Roberts wrote.

“[B]ecause we do not know how much donning and doffing time the jury found to have occurred in each department, we have no way of knowing which plaintiffs failed to cross that 40-hour threshold,” he said in his concurring opinion. “Given this difficulty, it remains to be seen whether the jury verdict can stand.”