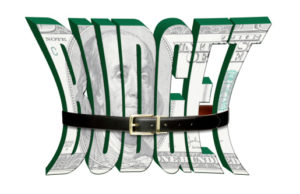 Christopher Trakimas was a long-time maintenance mechanic for a Philly elementary school. One Wednesday afternoon, he was assigned to bring a boiler back online that had been shut down for more than a year.

This dangerous job usually required two people. It involved gas and water lines and the use of fire irons. But because of budget cuts, Trakimas had to work alone.

At about 1:30 p.m., the boiler exploded. A co-worker rushed over with a fire extinguisher and doused the flames burning Trakimas.

Trakimas died from his injuries months later. The workers union has been protesting, claiming the district has been cutting safety corners and slashing facility budgets for years, leading to this tragedy.

Cutting too close to the bone?

It’s certainly not just school districts that face budget constraints. Companies across all industries are asked to do more with less today. This recent tragedy came down to staffing cuts. If Trakimas had a co-worker helping him, the incident may have been avoided.

Just something to think about as you juggle your payroll/staffing structure.