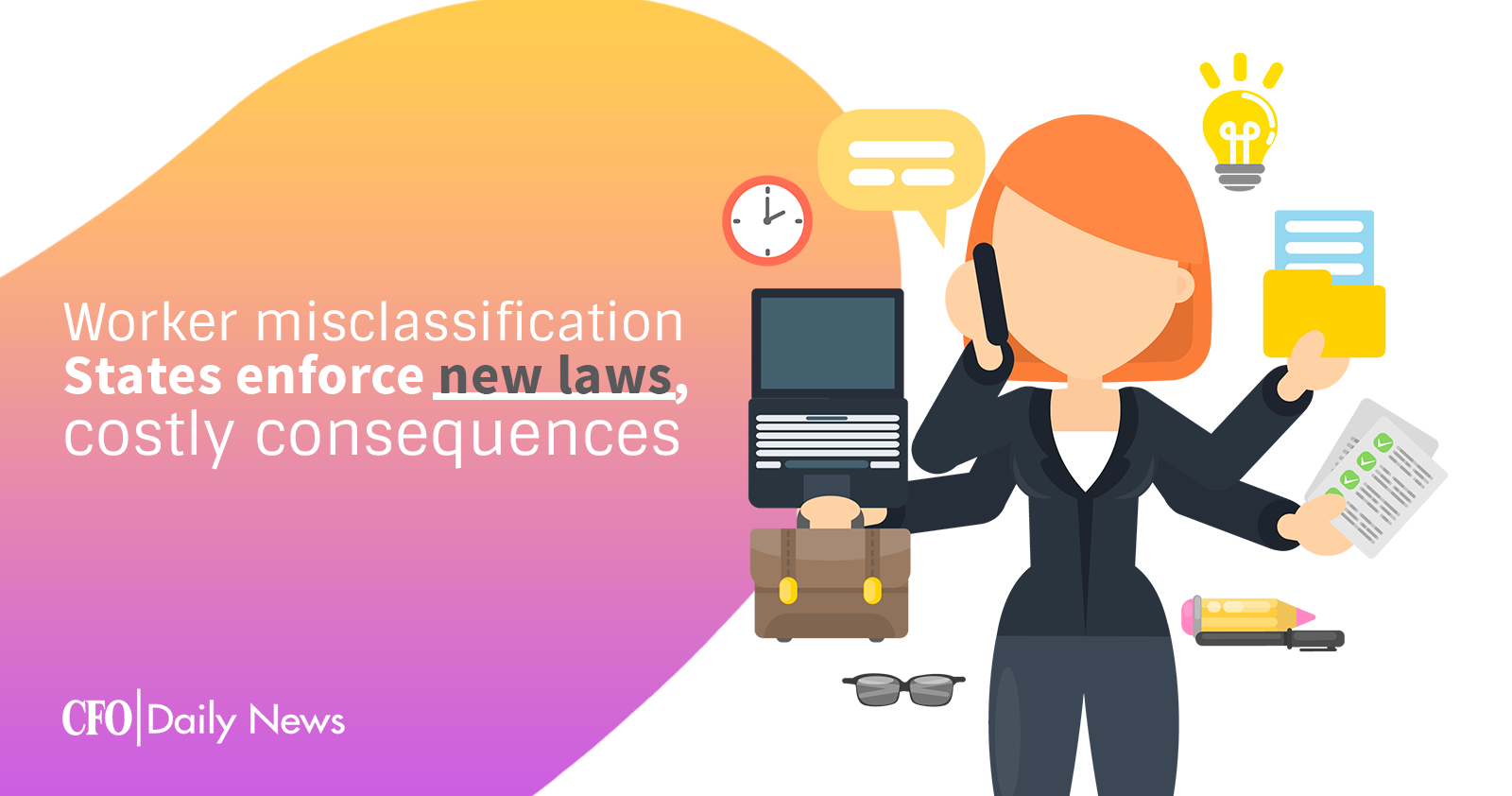 Do you keep a close watch on how workers are paid and why? States are getting more serious about stomping out worker misclassification. And the financial toll for companies that make mistakes is eye-opening.

California’s the third state to regard the ABC test as law, along with Massachusetts and New Jersey. Other states use it in specific situations, too.

You’ll recall in 2018, the Supreme Court of California adopted the ABC test to determine worker classification in the highly watched Dynamex case.

In short, the ABC test says a worker is an independent contractor if all the following are true:

The ABC test shifted the mindset for companies, essentially saying that workers are considered employees unless all of the following can be proven. And this new law proves that states are taking definitive action to find more companies that incorrectly classify and pay workers.

Of course, California companies aren’t the only ones who need to be more cautious with worker classification. Other districts and states are also actively seeking out misclassification.

Keep in mind that the federal level is on it, too. In fact, the DOL and IRS have a joint initiative, outlined in a Memorandum of Understanding, to share information and reduce misclassification.

As more legislation and lawsuits pop up, you should give serious thought to the independent contractors your finance department pays.

Do any drum up even the slightest bit of uncertainty? Does HR have documentation to back worker classification decisions? Do A/P or Payroll have apprehensions of their own about paying certain workers? Laying out and discussing any potential concerns with these folks could save your company from big issues later.

Plus, seeing the six-figure amounts other companies are losing due to worker classification errors could be a good reminder for everyone to properly assess and document decisions.  Here are two recent court cases with big financial losses that drive home that message:

1. Carey v. Gatehouse Media Inc. In this case, newspaper carriers said they were incorrectly classified as independent contractors. A Massachusetts court used the ABC test to show the carriers, who performed their duties on a regular basis, were employees. Gatehouse Media, located in Fairpoint, NY, will pay $425,000 to settle the suit.

2. Reynoso v. Lasership Inc. A company paid an independent contractor based on his number of deliveries and didn’t offer mileage reimbursement for gasoline. The worker argued he was truly an employee. Eventually, the case was escalated to a Virginia federal court, and the Vienna-based company recently entered into a DOL settlement to pay $597,000 in back wages to many misclassified workers.