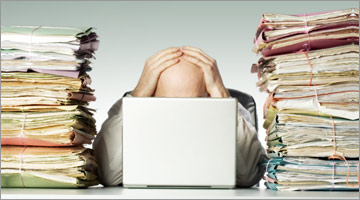 Two of 2014’s biggest threats come from relatively new technology for Finance. Here’s how to safeguard your firm.

Technology is undoubtedly becoming more entwined with business, and the stakes of cyber risk are higher as a result. A hack in Finance can lead to all sorts of problems, from leaked data to stolen funds.

That’s why it pays to be on your guard and keep tabs on changing threats. To help businesses stay ahead of hackers, McAfee Labs has released a list of what it expects will be the biggest cyber threats in 2014. It may be a good idea to make sure IT is aware of the threats and ask what they’re doing to counter them.

One key to keeping Finance safe from cyber threats is making sure employees know what they can do o avoid getting hacked.

Here are McAfee’s two biggest cyber threats and what you and IT can do to help protect Finance against them:

What can Finance do? If your company has a bring-your-own-device policy, remind workers to treat their phones like they would their computers in terms of security. Don’t open up suspicious emails and avoid unsafe websites.

What can Finance do? Review your provider’s user agreement keeping an eye out for information on security and data ownership. Make sure you know who is held responsible if there’s a security breach.