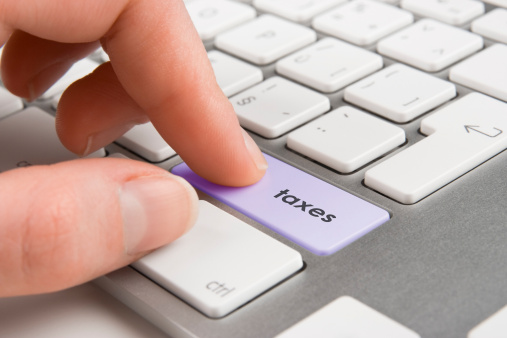 It’s good news for large retailers looking to level the playing field. But it could be bad news for small businesses.

The Marketplace Fairness Act was passed in the Senate on Monday and, if passed in the House, will allow the 45 states (and the District of Columbia) that currently charge sales taxes to require large online retailers to collect tax on purchases made by their residents.

That means shopping on the internet at some destinations may be just as pricey as going to the actual store.

But what’s more interesting is how businesses will adapt. Large retailers like Target and Amazon are in support of the law and say that this would level the playing field for online and physical stores. Target has already been collecting sales tax on everything they sell since their physical stores are located all over the country.

Amazon has only just recently come to support the Marketplace Fairness Act. It was firmly against it — until the online retailer began building product warehouses all over. Now the company is a big supporter of the law, which will help it stay competitive against other online-only retailers as it moves into more states.

If a business makes more than $1 million in out-of-state sales annually, they will be affected by the new law. This is not sitting well with smaller businesses who barely meet the qualifications, yet don’t have the tools, resources or manpower to calculate different sales tax for every out-of-state transaction that’s made. And integrating a new accounting system would be costly as well.

eBay is leading the charge, with its CEO John Donahoe writing a letter saying the law should exempt any business with fewer than 50 employees or that make less than $10 million a year on out-of-state sales.

The House will meet this bill with much more resistance than the Senate had. The earliest this could take effect would be October of this year.

As for now, if this legislation’s passing would affect your business, it may be a good time to start looking into accounting systems that will comply with the new regulations. It also wouldn’t hurt alerting any customers to the upcoming changes.

Are you worried about this piece of legislation? Let us know in the comments below.