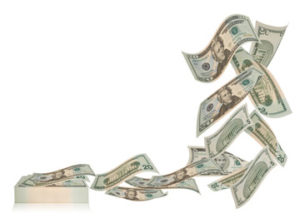 Despite lots of warnings, IRS has yet to impose any non-compliance penalties on employers during the two years the ACA reporting provisions have been mandatory. Now, the agency assures businesses it’s ready to start issuing penalties. So should you believe the feds?

IRS sure seemed primed and ready to collect reporting penalties, based on a recent government report the folks at FreedomCare called a “game changer.”

The Treasury Inspector General for Tax Administration (TIGTA) just released a report titled “Assessment of the Efforts to Implement the Employer Mandate under the Affordable Care Act.”

You can view the entire report here.

If you don’t have time to scour a 43-page document, here’s the one key fact: IRS has a new system in place for identifying potentially non-compliant employers, and the system has a very wide reach.

The feds’ ACA Compliance Validation System (ACV) will not only identify potentially non-compliant Applicable Large Employers, it will also calculate the “A” penalty under the Employer Mandate. Plus, the system will allow the feds to mass identify non-compliant employers and send notices to those non-compliant firms for any and all reporting years.

By this point, you’ve probably got a few questions about the IRS’ new Obamacare compliance weapon, like:

When will the system be in place and ready?

Answer: According to the feds, the ACV should be ready by May 2017. Once it’s up and running, IRS should be able to start issuing large scale penalties.

Hasn’t IRS said it’s ready to start imposing ACA penalties before? Why should we believe them this time?

Answer: Granted, IRS has stated it planned to start penalizing firms before, but this seems different. Initially, the feds have been developing this ACV system since July 2015 and planned to have it ready by January 2017.

But as the report said, “the implementation of the ACV System has been delayed to May 2017.”

With the release of this detailed report, it’s clear the feds are ready to start collecting on all the noncompliance penalties that are long overdue. IRS has stated it expects to pull in $228 billion in ACA penalties.

Plus, with ACA repeal efforts currently on hold, now is a very good time for the agency to come after firms that have been pushing their compliance obligations to the back burner.

Bottom-line: Employers can’t afford to operate as if the delay in IRS reporting penalties is a permanent situation. If you’ve put this task on hold, now is the time to get everything in order.

So what should employers do if they’ve already missed ACA reporting deadlines? File ASAP.

The sooner you correct an issue, the less likely you’ll wind up in a long, drawn out federal audit. Plus, as employment attorney David M. Pixley points out, IRS has a number of different penalties depending on how late the ACA reporting actually is.

For example, correcting a reporting failure within 30 days of the due date cuts the penalty to $50 per return, with a $532,000 cap.

And of course, late-filing is much safer (i.e., less costly) than not filing at all.