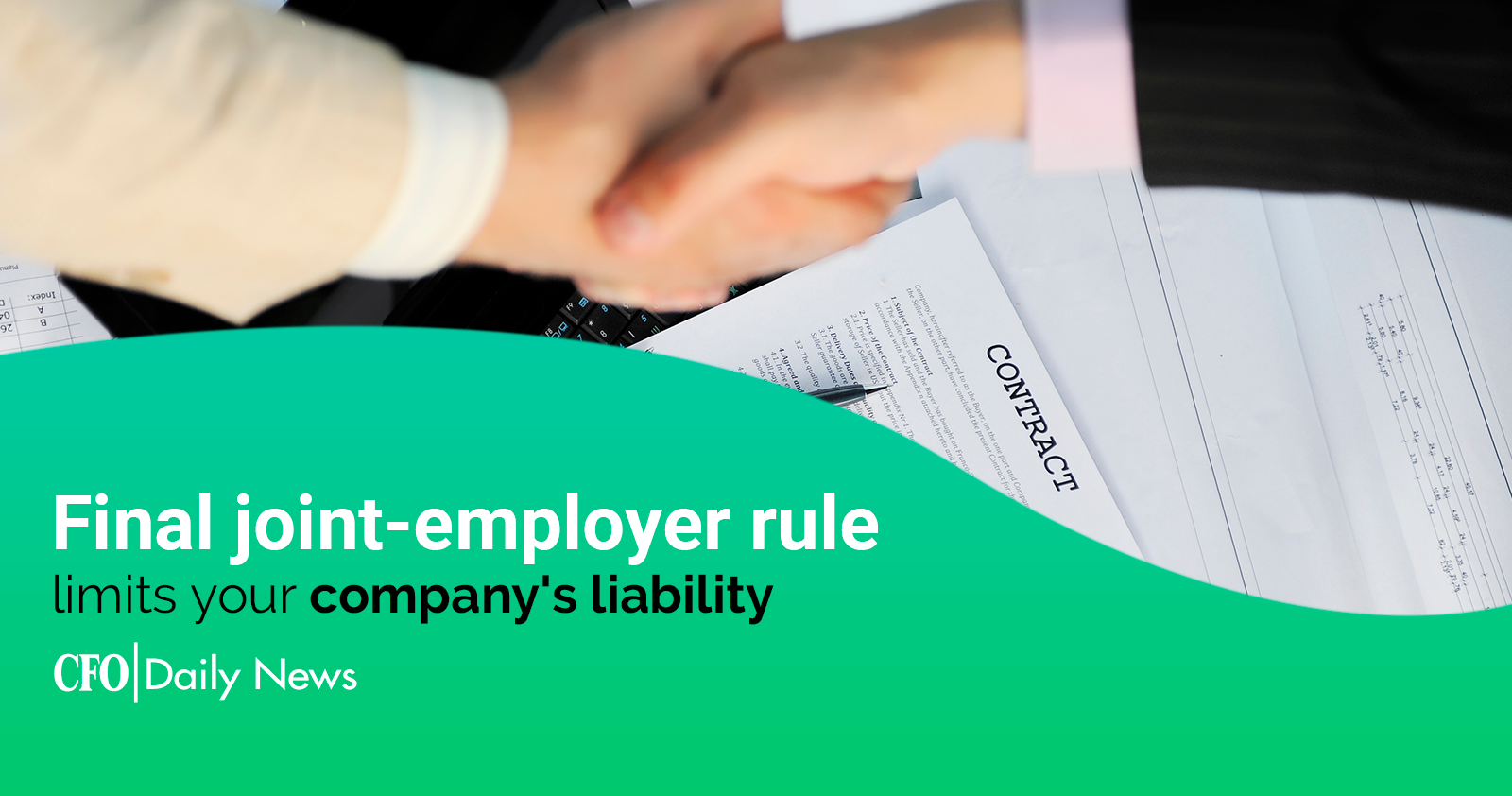 UPDATE: The National Labor Relations Board has announced the final rule will take effect April 27.

Good news for employers everywhere: You’re now less likely to end up on the hook for another business’ compliance missteps. The Department of Labor (DOL) just released the final version of the joint-employer rule. And it’s effective March 16, 2020.

This topic has been the subject of much guidance from the DOL in the past and a source of confusion for many of your peers.

That’s because in many cases, it’s difficult to determine whether two employers who each may have some amount of control over an employee should be considered joint employers.

The Fair Labor Standards Act (FLSA) allows for a joint-employer relationship, but doesn’t offer much guidance about whether it’s applicable in various situations.

But the revised rule seeks to change that.

Here’s what you need to know about the final joint-employer rule.

When determining whether there’s a joint-employer relationship, it doesn’t all come down to economic dependence. Instead the DOL has created a new gauge.

These elements directly relate to how the FLSA defines an employer, which is “any person acting directly or indirectly in the interest of an employer in relation to an employee.”

Other factors could be considered when evaluating joint-employer status, but only if they’re:

You and your team may not be able to answer all these questions set out by the new joint-employer rule on your own, so you’ll want to be prepared to work with other departments and supervisors.