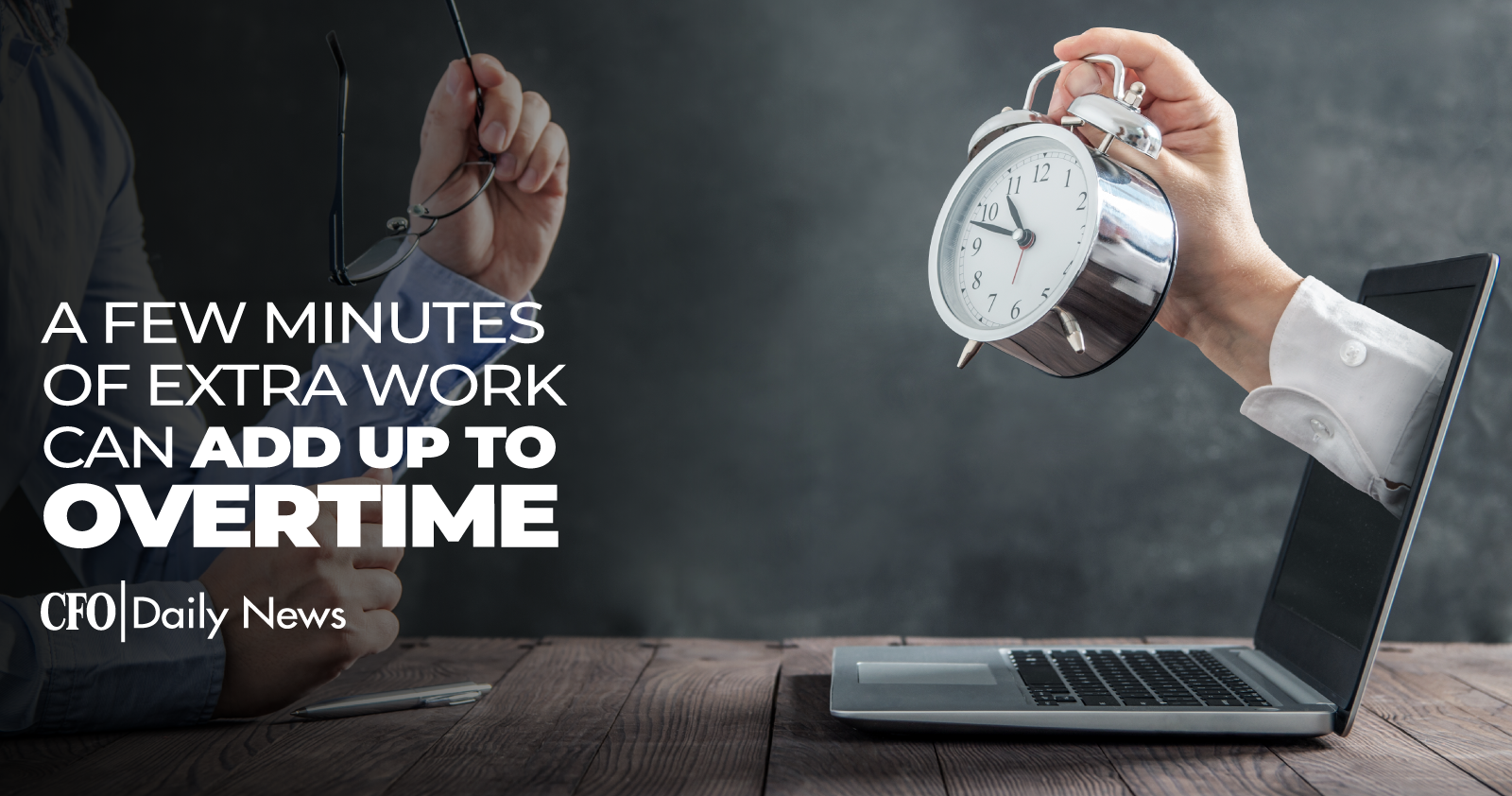 Paying overtime can be costly — and depending on your timekeeping policies, it can be an expense that catches you off guard.

A February 2022 court case provides an example. The issue in the case was whether supervisors at one company knew about extra time worked.

Of course they did, the employees who brought the Fair Labor Standards Act (FLSA) case claimed. They argued their computers ran programs that made time-worked data available to supervisors at the company.

Less than 10 minutes over

One of the company’s timekeeping policies was called Trade Time. According to the policy, if employees exceeded their shifts by less than 10 minutes, that fell under the Trade Time policy. Employees had to report the extra minutes and then trade them out on a subsequent day in the same week.

So, if someone worked nine extra minutes on Monday, then in the same workweek he or she would need to:

If employees didn’t use their Trade Time – e.g., because they worked the extra minutes on a Friday – and they put in more than 40 hours in the workweek, they received overtime pay.

Problem was, employees didn’t always report minutes under the
Trade Time policy. They insisted the company knew when they worked overtime, though, and therefore should have paid them for it.

A supervisory team used the three computer programs to monitor if they stuck to their schedules, employees argued.

But the company had a much different perspective: The monitoring was done for performance, not payroll, purposes. Therefore, it didn’t need to pay overtime, the company explained.

The federal district court didn’t rule one way or the other in Sams et al. v. Southwestern Bell Telephone, instead saying a jury would need to settle the dispute.

As companies continue to expand their use of technology for timekeeping, you can expect to see more legal cases involving hours worked.

Consider whether supervisors know about time worked and if any employees are owed overtime. Remember that under the FLSA, even if employees exceed their scheduled shifts by a few minutes a day, that can take them over 40 hours in a workweek.