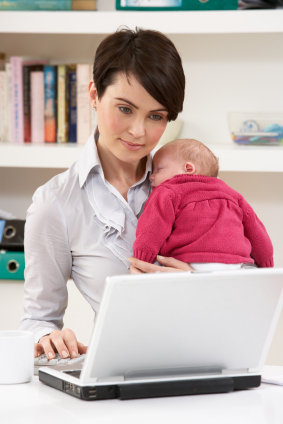 Now may be a good time to make some decisions about what your company’s approach to paid parental leave should be moving forward.

Reason: There are number of factors that make it likely employers may be legally required  to offer some type of paid parental leave to employees.

And this could happen sooner than you expect.

For most companies, that means all the administrative work that comes with offering a new benefit.

Currently, just 37% of employers offer paid maternity leave to employees, according to a recent study by the International Foundation of Employee Benefit Plans.

The first factor that could make paid parental leave a mandatory part of employers’ offerings is the new administration.

While President-elect Trump has promised a more hands-off role of government, he does propose providing six weeks of paid leave to new mothers before they return to work.

How it would happen: Trump’s proposal would guarantee six weeks of paid maternity leave by amending the existing unemployment insurance that businesses are currently required to carry, according to his website.

This would only apply when employers don’t offer paid maternity leave.

According to the Trump proposal, the benefit would be paid by offsetting reductions in unemployment  benefits so taxes aren’t raised.

It’s estimated that it would triple the average paid leave received by new mothers.

On a local level

In addition to a push for federally mandated paid parental leave, some states are adding laws to require this benefit to state workers.

Recently, Minnesota became the fourth state (along with CA, NJ and RI) to require paid parental leave (six weeks) to its 32,000 state workers.

In the private sector

Even if your company isn’t required by law to offer paid parental leave, your peers may wind up forcing your hand.

In fact, as this issue was going to press, two major companies announced such policies: Ikea (20 weeks for mothers and fathers) and American Express (20 weeks and 6-8 additional weeks for birthing mothers).

There are many other examples such as Etsy (26 weeks), Ernst & Young (16 weeks) and Google (five months for mothers, and 12 weeks for all caregivers).

Obviously, these policies are well beyond anything a smaller business could offer, and small firms aren’t competing with companies like Google, anyway.

But here’s what all HR and benefits pros should keep in mind: The major corporations generally set the benefits trends that trickle down and become the norm for all businesses.

After all, it wasn’t too long ago that employers were calling 401(k)s a passing fad.

What you can do

It’s a good time to consult with your HR and benefits pros to discuss this emerging benefits trends, in order to get their take on the possibility of paid parental leave benefits.

The big advantage paid parental leave could have: It could give your organization could give an edge in recruiting and retaining top talent moving forward.

If you feel this option won’t work for you, there are other options you might consider: such as flex scheduling, reduced work hours or telecommuting.