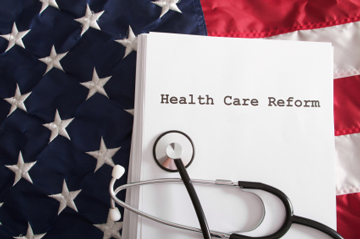 Heads up: As soon as Jan. 1, 2014 hits, there’s a very real possibility that the top performers in your Finance department will start looking for greener pastures.

That was one of warnings issued by Karl Ahlrichs at the 2013 SHRM Annual Conference & Exposition in Chicago.

Ahlrichs’ presentation was entitled Using the PPACA as a Catalyst to Move Organizational Culture.

One of the major problems Ahlrichs foresees when the individual mandate kicks in on January 1, 2014 is a mass exodus of top-performing employees who’ve been hanging around at jobs they don’t really want merely for the healthcare benefits.

He says if the insurance options under Obamacare are anywhere near as efficient as they promise to be, talented employees may just try their luck in the exchange marketplace and leave their employers with some very big shoes to fill.

According to Ahlrichs’ figures, top performers (16% of the average company’s workforce) account for 60% of an average company’s production. In other words, the smallest group of employees do the majority of the work.

The fact that most good employees are already being approached regularly by interested companies on platforms such as LinkedIn, combined with easy access to affordable healthcare on January 1, 2014, could create the perfect storm that causes many to flee their jobs, according to Ahlrichs.

And when Jan. 1 comes, many firms could be completely caught off-guard by the resignation notices they receive from their best and brightest.

A huge opportunity for employers

So what can employers do? Employers must find a way to use Obamacare to their advantage when it comes to properly communicating their total rewards package to employees. And they must find creative ways to use the law to their advantage, says Ahlrichs

One advantage Obamacare is expected to present to employers: healthcare cost transparency for comparison purposes.

An example of how to use this Ahlrichs mentioned centered on a company that was using hip replacement surgery in a unique manner. The average cost of such a procedure is $40,000. However, the company found a facility across the country that could perform it for $17,500, because that was all the facility did.

So if employees elected to go with the cheaper surgical option, not only would the company fly them out and pay for their stay, it would split the cost savings with them and put that amount in their HSAs.

If Ahlrichs’ prediction comes true, that’s the type of creativity companies may need to have to avoid a mass exodus of talent.

This post was originally posted on our affiliated site: HR Benefits Alert.