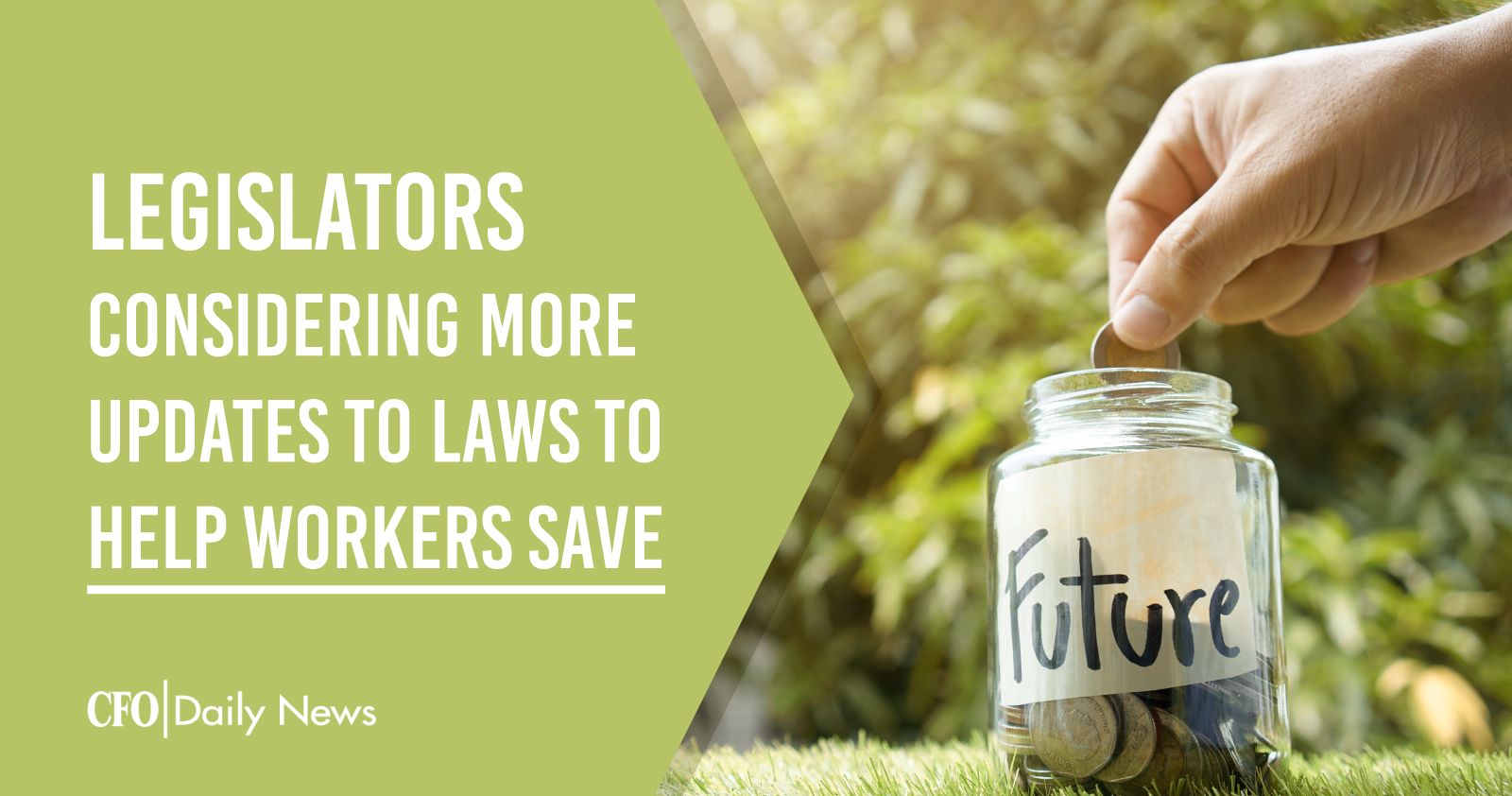 Lately, lawmakers have been focusing more on boosting participation in retirement plans. And many of their solutions involve your Payroll team.

Legislators have already made several changes. More could be coming soon, according to a statement from the ERISA Industry Committee (ERIC).

In the statement, the committee praised recent efforts to boost workers’ retirement savings in legislation such as the American Rescue Plan Act and the Coronavirus Aid, Relief, and Economic Security (CARES) Act.

But ERIC also said the government must do more to ensure that all Americans can retire comfortably. So it made some suggestions for additional changes to 401(k)s and other retirement plans. And some of them have already been proposed in Congress.

Here’s a preview of what would impact you and your people the most.

Measures under review for retirement plans

Many employees are in student loan debt, and that prevents them from putting adequate money toward their retirement. One of ERIC’s proposals is that Congress should allow for matching student debt payments from employers. This would be similar to the matching contributions they make for retirement plans.

While some private vendors have implemented similar programs for individual employers, nothing exists on a nationwide scale just yet.

Another change you might see will cut red tape for sponsors of retirement plans. ERIC wants Congress to reduce administrative burdens by streamlining certain plan notice requirements and expanding on the self-correction process for issues.

You could also see increased limits for catch-up contributions for older employees who are close to retirement.

When looking at highly compensated employees (HCEs), ERIC wants lawmakers to update the definition of who’s considered an HCE for plan purposes while making sure employers follow nondiscrimination rules.

ERIC is also encouraging Congress to promote emergency savings funds that allow employees to make limited pretax withdrawals or deferrals specifically for financial emergencies without having to pay a penalty.

These accounts may be necessary for employees. Many workers took advantage of flexibility established by the CARES Act to take loans from their retirement accounts to cover expenses during COVID-19. Emergency savings funds may eliminate that hassle and red tape for your Payroll team.