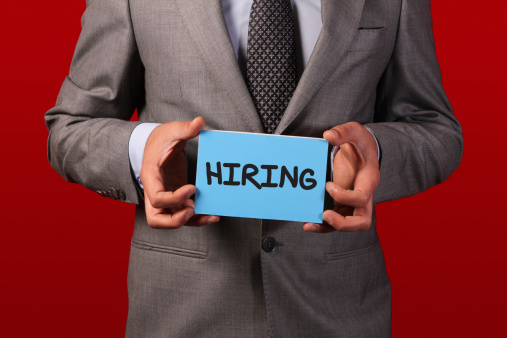 How stable is your Finance staff? Looks like there could be a lot of movement in the job market over the next several months.

According to new research from CareerBuilder, 15% of companies say they’re going to be hiring in the Accounting/Finance area.

The big picture: Full-time, permanent hiring in the fourth quarter is projected to be the most robust since 2006 and seasonal hiring is poised to outpace last year’s projections by a healthy margin, per CareerBuilder.

And, as outlined in a recent post on HRMorning.com, there’s a substantial number of employees who say they’re actively looking to change jobs — despite being generally happy with their positions and their organizations.

It’s setting up to be the perfect storm of worker mobility.

Thirty-four percent of U.S. employers plan to hire full-time, permanent staff in Q4, and nearly the same percentage (33%) expect to add seasonal staff, according to CareerBuilder. More than half (53%) of retailers plan to hire seasonal workers in Q4, up from 43% last year.

The national survey was conducted online by Harris Poll on behalf of CareerBuilder, and included a representative sample of 2,326 hiring managers and human resource professionals across industries and company sizes.

The numbers from the CareerBuilder research:

Thirty-nine percent of employers added full-time, permanent headcount in the third quarter of this year, up from 34% in the same period in 2014 and 28% in 2013. Ten percent decreased headcount, on par with last year, while 49% made no change to staff levels and 1% was unsure.

Seasonal hiring activity over the next three months is also expected to show notable year-over-year gains. One third (33%) of employers expect to hire seasonal workers in Q4, up from 26% last year. Fifty-seven percent expect to transition some seasonal staff into full-time, permanent roles, up from 42% last year.

Seasonal workers will likely benefit from recent minimum wage increases implemented at the federal and state level and among large name brands. Thirty-seven percent of employers say they will increase pay for their seasonal staff, up 10 points over last year. Seventy-two percent of seasonal employers will pay $10 or more per hour while 19% will pay $16 or more.

Half of seasonal employers (52%) say they’re boosting staffs to help with the busier holiday season while others are focused on wrapping up the year (30%) or ramping up for 2016 (31%).

While the number of retailers planning to hire seasonal help in Q4 increased 10%  over last year, companies across industries are hiring for a variety of areas:

Similar to last year’s forecast, the South houses the largest percentage of employers planning to add full-time, permanent employees in Q4. The Midwest reported the largest year-over-year gain with 34% of employers expecting to add full-time, permanent staff, up 10% over last year. The West is leading other regions for seasonal hiring (42%) by a significant margin of over 9% and reported the biggest year over year gain (13%).

Among employers with more than 500 employees, the percentage expecting to hire seasonal workers in Q4 is up significantly from 31% in 2014 to 42% in 2015. Forty-four percent plan to add full-time, permanent headcount, a solid jump from 35% last year.

Hiring is also expected to pick up pace in small businesses. Among companies with 50 or fewer employees, 23% plan to hire full-time, permanent workers over the next three months, up 7% from 16% last year. Seasonal hiring for this segment is expected to hold steady with 17% of employers planning to add staff.