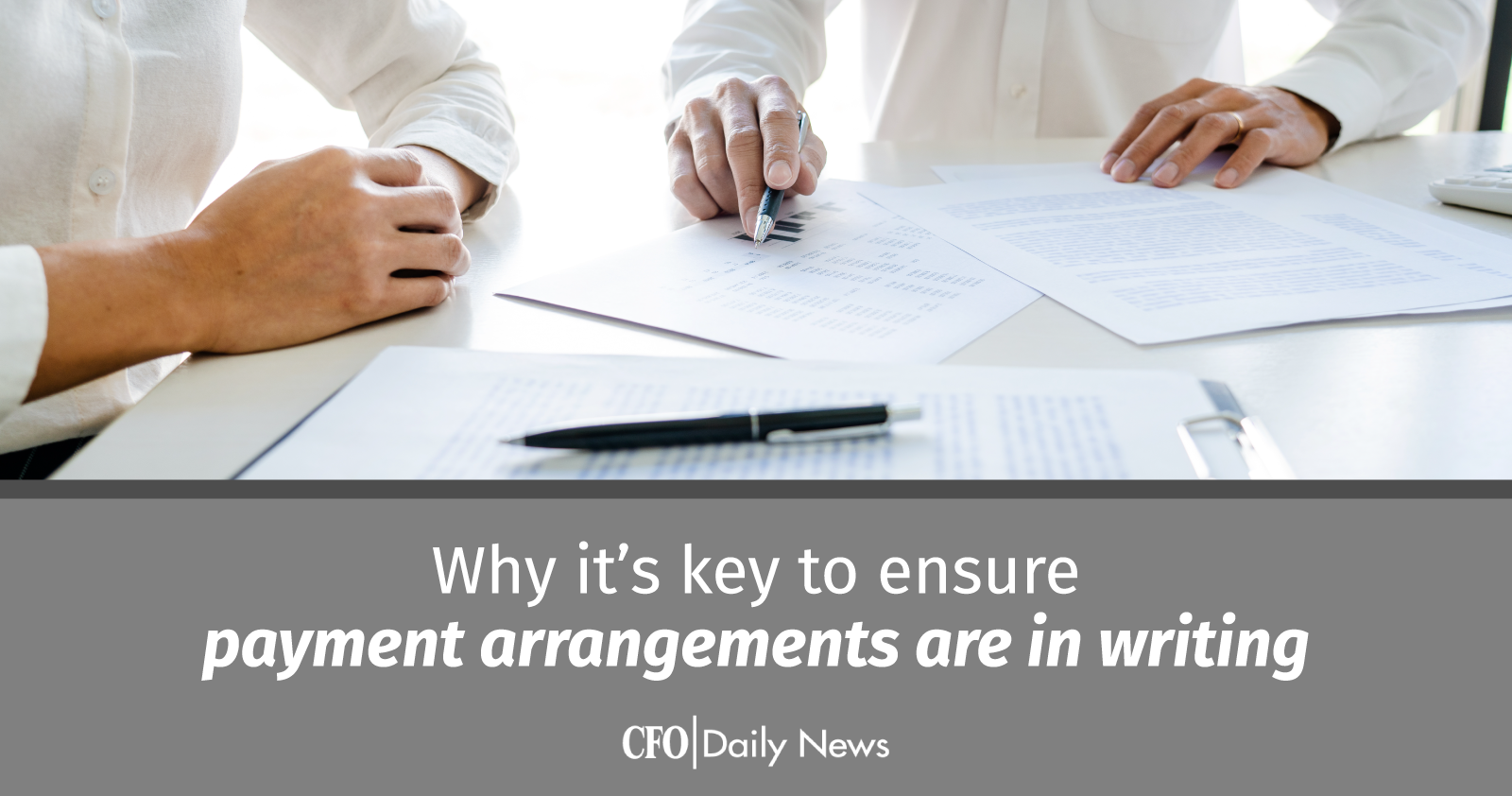 If your Finance or Payroll folks make special arrangements with an employee to repay debts or overpayments, it’s critical to remind them to get the agreement in writing.

This is the best way to protect your company in case any legal disputes arise. And it’s ironclad proof that the arrangement is on the up and up.

One employer was glad it had a written copy of a former worker’s termination agreement after it found itself in the middle of a recent lawsuit.

In Miles v. Unified School District No. 500, Kansas City, KS, the former employee claimed her employer forced her out of her position after a pay dispute.

While she was on unpaid medical leave, the worker received several paychecks. Although she suspected an error, she still cashed them and spent the money.

When her employer discovered the mistake, it asked her to repay the funds. She gave it the runaround and missed the repayment deadline.

Finally, she agreed to the employer’s offer of a repayment plan in exchange for resigning. She signed off on a written agreement. Then, she claimed retaliation in court.

The court reviewed the employer’s written agreement and found it met all the requirements of the law. It also matched with the employer’s past procedures for dealing with similar situations. So it ruled in the employer’s favor. And an appeals court upheld the lower court’s decision.

Pass this along to your people: It’s especially important to get repayment agreements in writing if payroll deductions are involved. Some state and local laws specifically forbid any deductions from a worker’s pay without the person’s written consent.

It’s also key for them to double-check that these pay deductions don’t reduce workers’ pay below the minimum wage. This can lead to wage-and-hour compliance issues that take a lot of time – and money – to resolve.