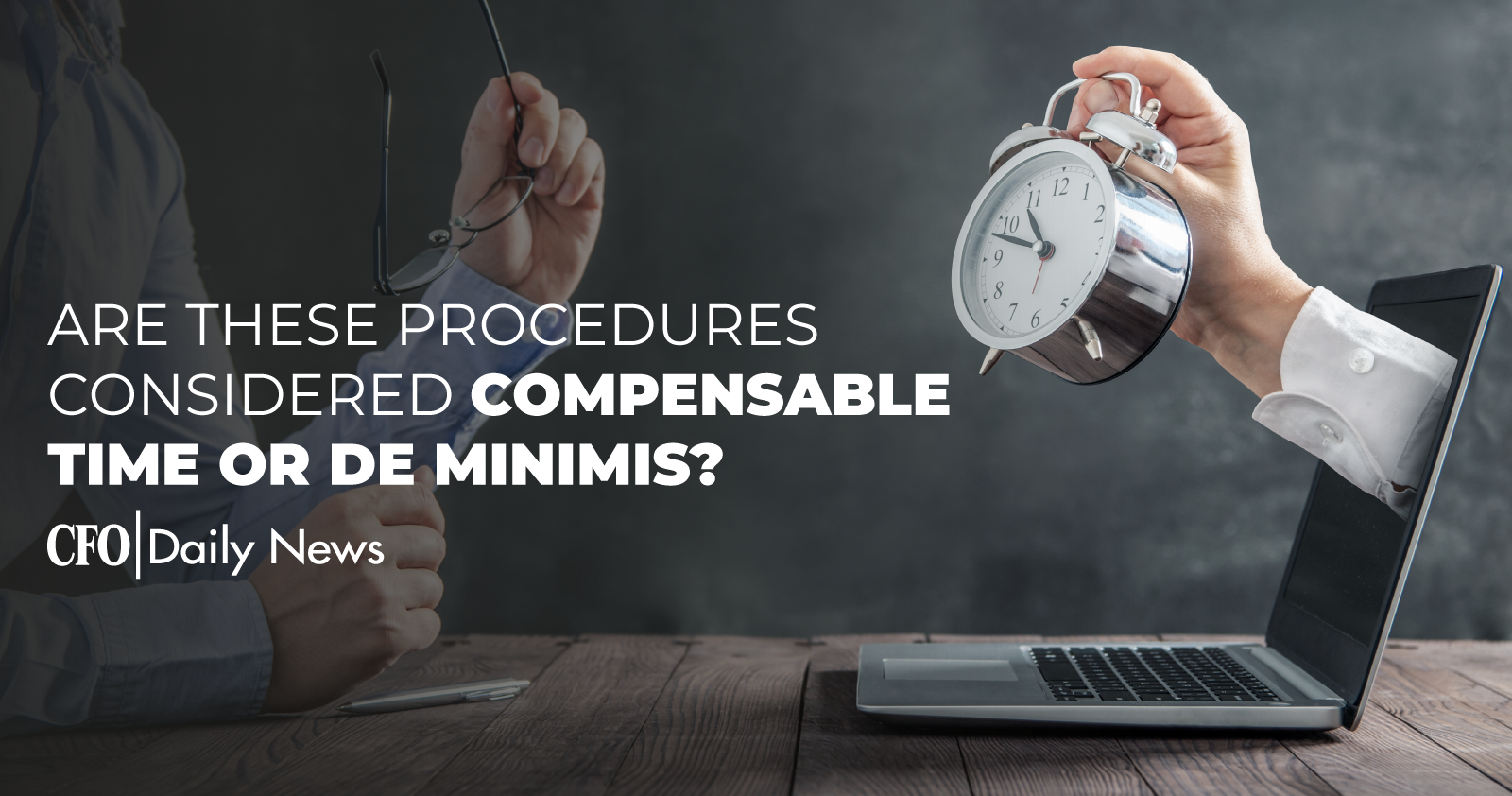 The bag checks many companies require to prevent costly losses may actually cost you more in payroll, as the time spent doing them is probably compensable.

Nowadays, more courts are saying that that time spent on the bag checks employees receive when exiting the building should be compensable, even if they could be considered de minimis.

That’s what the Ninth Circuit Court of Appeals decided in Frlekin v. Apple Inc., a case brought forward by employees against the well-known tech giant. Essentially, employees alleged they were unpaid for off-the-clock bag checks that lasted anywhere from five to 20 minutes on average.

The federal appeals court asked the state supreme court to shed light on whether the time employees spent waiting for bag searches should be considered “hours worked” under Wage Order 7.

In its response, the state supreme court said the bag check searches are:

A watchpoint for CFOs

This court case isn’t the only one to come to such a conclusion. In similar cases in California, courts have ruled that the state’s wage order doesn’t allow for a de minimis exception. With technology, it’s easier to track even small amounts of time worked, like bag checks. So, companies should pay for all time worked.

Time will tell whether other courts will also take this sort of stance. In the meantime, if your employees must undergo bag checks or perform other pre- or post-shift duties, it’s important to review state laws to see if these activities meet your state’s requirements for compensable time. You should also share this insight with Payroll and time-approving managers and make sure everyone’s on the same page.

In keeping up with state regs and keeping communication open with all parties involved in the time-tracking process, your company can avoid violations or costly lawsuits like this one.