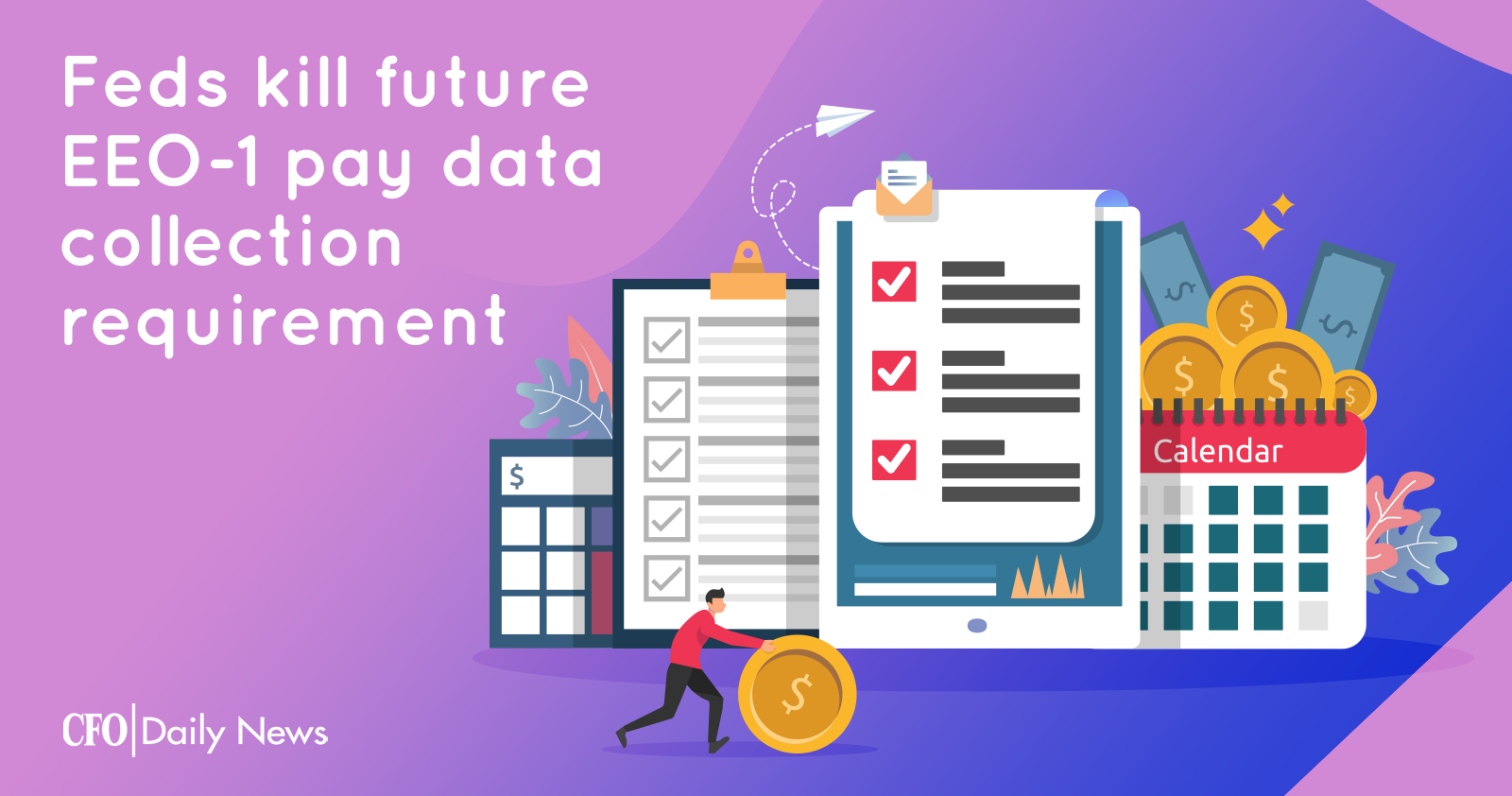 Update 3: The feds recently announced they will delay collecting this job info until March 2021, due to the coronavirus. Note: This only impacts the 2019 EEO-1 reporting requirement, which includes employee demographics from any pay period from October through December 2019. Your 2020 data will still be reported on time next spring.

Update 2: A court just ruled that the EEOC must continue its collection requirements until Jan. 31, 2020. The agency previously planned to stop as soon as it hit 72% of employers, but worker advocate groups balked and the court sided with them.

Update: The Sept. 30 deadline has come and gone, but the feds are going to keep on accepting pay data from employers.

The EEOC recently announced it won’t stop collecting data until it has enough data to be usable (by law that’s 72%). How long will that take? That’s anyone’s guess. As of Sept. 6, only 13% of eligible employers had filed.

So even if you missed the original deadline, you should still upload your data.

That pay data you broke down by job category, race, sex and ethnicity and sent to the feds by Sept. 30? You can rest easy. That’s the one-and-only time you’ll have to do it.

The EEOC just announced it will eliminate the Component 2 EEEO-1 reporting requirement. That’s after this year’s 2017 and 2018 pay data, that is.

The feds determined the burden on employers to collect all that info outweighs the value of what they learn from it.

This go-around employers were required to report data in two parts:

The reason for the second component? To detect possible pay discrimination.

But the amount of time and effort employers had to put in to meet this requirement was more than any inequities the feds could spot. So you will escape this fate going forward.