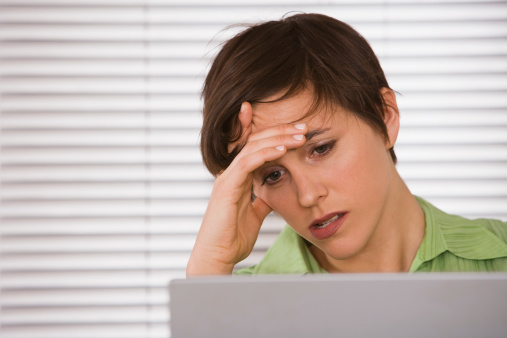 What’s keeping C-level execs up at night? Just a few small concerns like the new overtime rules, a likely increase in bias claims based on sexual orientation, the Affordable Care Act and the threat of workplace violence.

Those are the takeaways from the 2016 Executive Employer Survey from Littler, the giant employment law firm. The fifth annual survey, completed by 844 in-house counsel, human resources professionals and C-suite executives from some of America’s largest companies, examines the key legal, economic and social issues impacting employers as the 2016 presidential election approaches.

As you well know, the Department of Labor (DOL) has advanced several regulatory initiatives that have brought the agency’s enforcement of federal employment laws to the forefront for employers.  This concern is no doubt driven in large part by the recently finalized Fair Labor Standard Act overtime regs, which will dramatically increase the number of Americans who can qualify for overtime pay. Although respondents completed the survey in the weeks prior to the release of the final rule, 65% had already conducted audits to identify affected employees.

They added a sobering note: “While it is encouraging that the majority of respondents started to prepare before the rule was finalized, more than a quarter (28%) said they had taken no action given delays in the rulemaking process. Given that the reclassification process can take up to six months and the rule is unlikely to be blocked from going into effect on December 1, 2016, employers should move quickly to ensure compliance.”

And participants are pretty sure the DOL’s going to be aggressive about making the new rules stick: The vast majority of respondents to this year’s survey (82%) expect DOL enforcement to have an impact on their workplace over the next 12 months, with 31% anticipating a significant impact (up from 18% in the 2015 survey).

With the National Labor Relations Board’s recent expansion of the definition of a “joint employer,” 70% of respondents to the Littler survey expect a rise in claims over the next year based on actions of subcontractors, staffing agencies and franchisees. Approximately half of respondents predicted higher costs (53%) and increased caution in entering into arrangements that might constitute joint employment (49%).

As was the case in the 2015 survey, 85% of employers said the Affordable Care Act (ACA) would have an impact on their workplace in the next 12 months. While two-thirds said they do not expect a repeal of the ACA if a Republican is elected president this fall, respondents saw a greater likelihood of changes to individual provisions. Fifty-three percent said a Republican administration could lead to a repeal of or changes to the Cadillac excise tax and 48% saw a likelihood for changes to the play-or-pay mandate.

Social issues come to the forefront

Today’s companies are increasingly experiencing the incursion of social issues into the workplace, the survey indicated.

In the largest year-over-year change in Littler’s survey results, 74% of respondents expect more discrimination claims over the next year related to the rights of LGBT workers (up from 31% in 2015) and 61% expect more claims based on equal pay (up from 34% in 2015).

This change is driven by LGBT discrimination and equal pay ranking among the top enforcement priorities for the Equal Employment Opportunity Commission (EEOC), but it also mirrors key focus areas for the Obama administration, government efforts at the state and federal levels, and increased public awareness.

In response to tragic mass shootings across the nation, companies are taking a range of actions to keep their employees safe, including updating or implementing a zero-tolerance workplace policy (52%), conducting pre-employment screenings (40%) and holding training programs (38%). Only 11% of respondents said they had not taken any action because violence is not a concern for their company.

“Putting policies in place to increase awareness of workplace violence and ensure that employees understand how to report threats in the workplace are steps that all employers would be advised to take,” said Littler’s Terri Solomon, who has extensive experience counseling employers on workplace violence prevention. “Unfortunately, even though workplace violence – and particularly active shooter instances – are statistically rare, no employer is truly immune.”