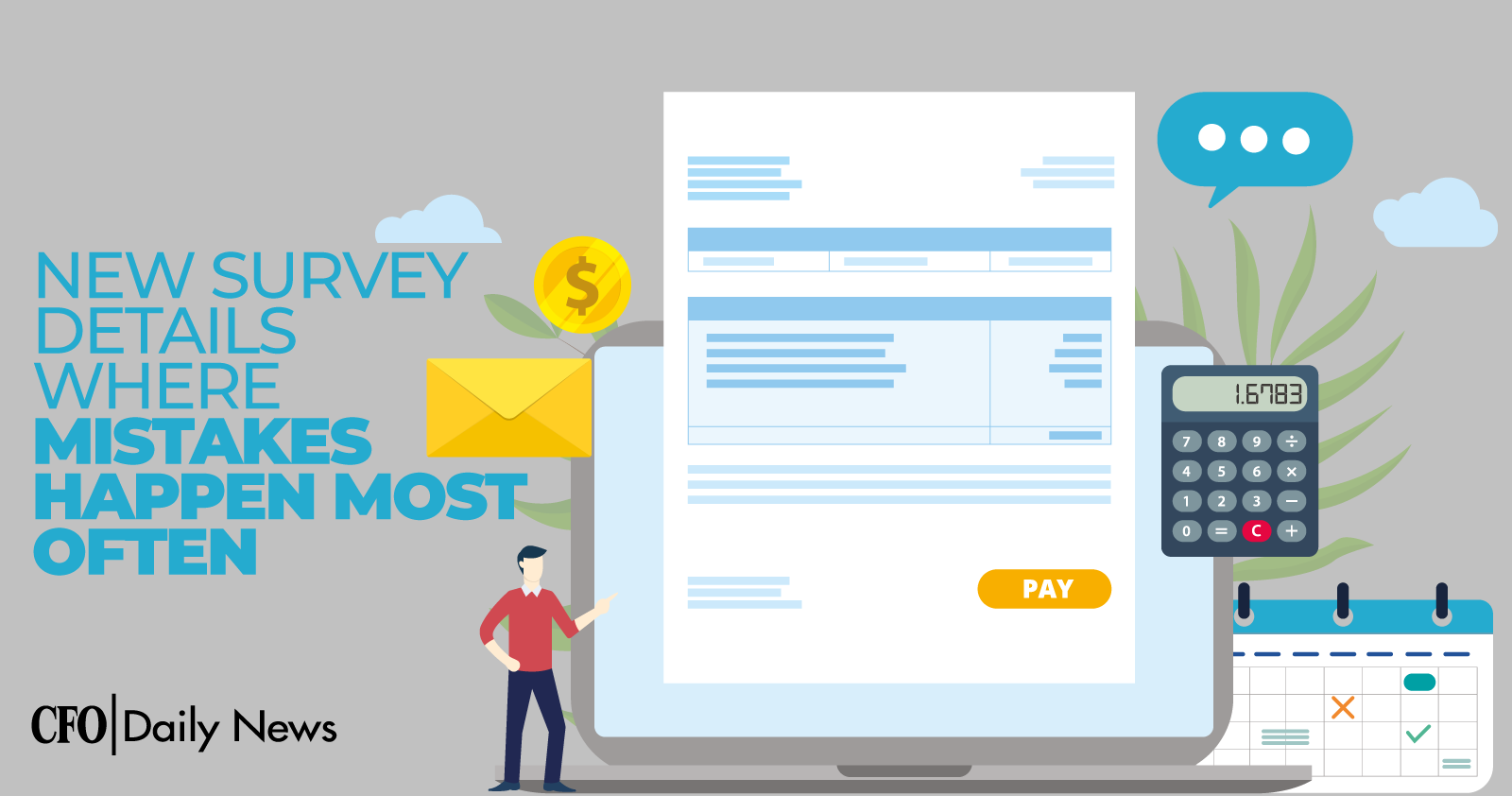 Could either of these payroll errors be putting your company’s compliance into question?

Of course, your payroll staffers pride themselves on their accuracy. Their eagle eyes are likely one of the traits that made them just the right folks for the job.

But they’re also only human, and mistakes happen.

A recent survey by Paycom details just where those mistakes occur:

While most errors can be fairly quickly reversed with little damage done, be extra vigilant with two of them – missteps there could put your company’s compliance in some serious jeopardy.

Mistake 1: Not paying for all time worked, including overtime

This should set off alarm bells in any finance department. Anytime an employee asserts his or her employer failed to paid them for all hours worked, you need to investigate.

Courts overflow with employee claims over unpaid overtime. And many employers end up on the hook for thousands and even millions of dollars to make things right.

For example, one company in Michigan no doubt thought it was doing the right thing when it paid its employees time-and-a-half for overtime, but the Dept. of Labor (DOL) found a critical detail missing.

A DOL investigation revealed that an auto parts supplier paid workers one-and-a-half times their base rates for hours worked over 40 in a week.

But that was actually a violation of DOL rules. Why? The company should’ve based the overtime rates on 1.5 times their actual earnings per hour.

The company had failed to account for workers’ shift differentials in its OT rate.

So the DOL made the company pay $37,352 in back wages and an equal amount in damages to 526 workers.

Payroll pros know there’s no “cruise control” when it comes to calculating overtime accurately. During every pay period, consider the various types of rates your company offers to employees and confirm who’s been paid what.

According to the Fair Labor Standards Act, an employer can pay an employee at one-and-a-half times the regular rate of pay based on the specific job they’re performing during overtime hours, as long as the worker agrees to the arrangement in advance and all legal requirements are met.

That’s just one example of how payroll errors on this front can have costly consequences.

Mistake 2: Not reimbursing expenses in a timely manner

Granted, companies were dealing with an onslaught of new reimbursement requests and new expenses, courtesy of the pandemic and remote work. But it’s never a good practice to reimburse employees late.

Most companies use a 60-day rule. So for example, A/P can reimburse expenses paid via credit card up to 60 days from the time of an incurred or paid charge, but not after.

In order to keep a plan accountable in IRS’s eyes, the employee must substantiate an expense within 60 days of being paid or incurred. But employees also have 120 days to return any excess amounts.

If a company acts too slowly, employees might not be able to repay in the allowable window. And that could jeopardize the entire plan’s status.