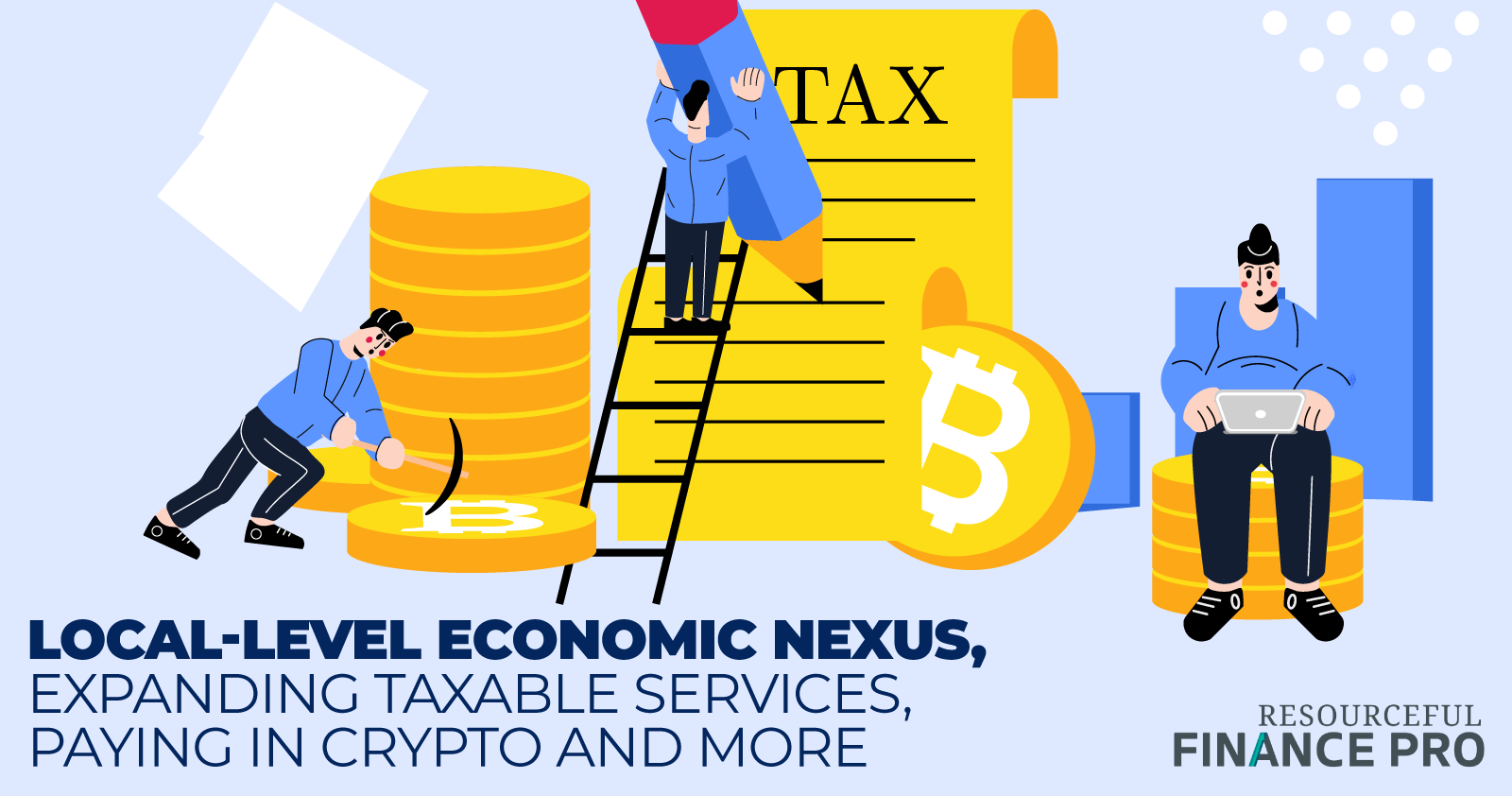 As you may have expected, almost every state has an economic nexus law requiring certain out-of-state sellers to collect and remit sales tax (the exceptions are Delaware, Montana, New Hampshire and Oregon). But what you might not be aware of is many local governments also jumped on the South Dakota v. Wayfair e-commerce sales tax bandwagon and are enforcing economic nexus of their own.

Matthew Hammond, the national sales manager of tax compliance software company Avalara, estimated that there are around 11,000 sales taxing jurisdictions in the U.S. (1,598 of them are in Texas alone) that expect remote sellers exceeding their individual thresholds to calculate, collect, file and remit sales tax.

“As the seller, you no longer control where you collect sales tax,” Hammond commented in a webinar.

Not all local jurisdictions require out-of-state businesses to register for a separate business license in addition to registering with the state, but some do. It’s particularly complicated in Louisiana, where there are 64 jurisdictions that collect sales tax.

On the other hand, Colorado state lawmakers gave businesses like yours a helping hand by passing a law prohibiting local taxing authorities from requiring remote retailers to apply for local business licenses. It’s been in effect since July 1, 2022.

To avoid historical tax liability with a county or city you didn’t know you had to check in with, it may require some deep-dive research by your sales and Finance teams on the states you do business in that allow “home rule” economic nexus.

Your Finance team knows from experience how wildly the taxability of services can vary from state to state. Hammond gave one example: “If you get a bagel in New York, and it’s whole, it’s exempt from sales tax. If they slice it, there’s a service involved, and it becomes taxable.”

A few states have been at least considering broadening their taxable services because consumers tend to spend nearly twice as much on services than goods.

Kentucky lawmakers overrode a gubernatorial veto to broaden sales tax reach to nearly 40 services – including conferences and events and web hosting. But whether these changes in the Bluegrass State will hold up is anybody’s guess. The Kentucky Center for Economic Policy expressed concerns the new policy may wreck the state’s budget.

After a proposed rule to collect sales tax on cloud computing services was withdrawn in Mississippi, a committee was formed to study whether internet-based computer software products and services should be subject to sales tax. The state legislature is reviewing the findings and recommendations.

Meanwhile, in Missouri it’ll be a voter referendum that decides whether digital products and subscriptions are taxable.

On September 1, 2022, Colorado started accepting cryptocurrencies for tax and other payments to the state.

Arizona, California and New York are interested in making a similar move, while Hawaii and Massachusetts are looking into the feasibility of accepting crypto for tax payments, according to Avalara’s “Tax Changes 2022 Midyear Update.”

Marketplace facilitators in Kansas learned that they don’t have to pay tax on hotel accommodations, but do have to pay taxes on rooms that aren’t located in a hotel (e.g., Airbnb, Vrbo).

Just like California and Washington have been trying to do, Pennsylvania announced it was holding marketplace sellers responsible for back tax liability for inventory that was held in the state. But when the state’s department of revenue tried to collect income or sales taxes retroactively from roughly 11,000 Fulfillment by Amazon sellers, the Online Merchants Guild pushed back. A Commonwealth Court ruled in favor of the sellers, but this legal battle is probably not over yet.

Several states provide one or more sales tax holidays each year, which apply to online sales. A notable one that’s in effect through June 30, 2023 is the suspension of the 1% Illinois grocery tax (applicable local taxes remain in effect), which doesn’t apply to candy or prepared food.

Some news that may help your road warriors: gas tax holidays are in effect in Florida for the month of October and in New York through the end of the year.

Local taxes will still apply in both states, however.

On July 1, 2022, a new retail delivery fee went into effect in the Centennial State. Registered retailers are subject to a $0.27 fee whenever they make a retail sale of tangible personal property that includes at least one taxable item and is delivered by motor vehicle.

Brian Bingaman
Brian researches and writes about accounts payable and CFO management trends. He was a newspaper journalist in suburban Philadelphia for nearly 20 years.