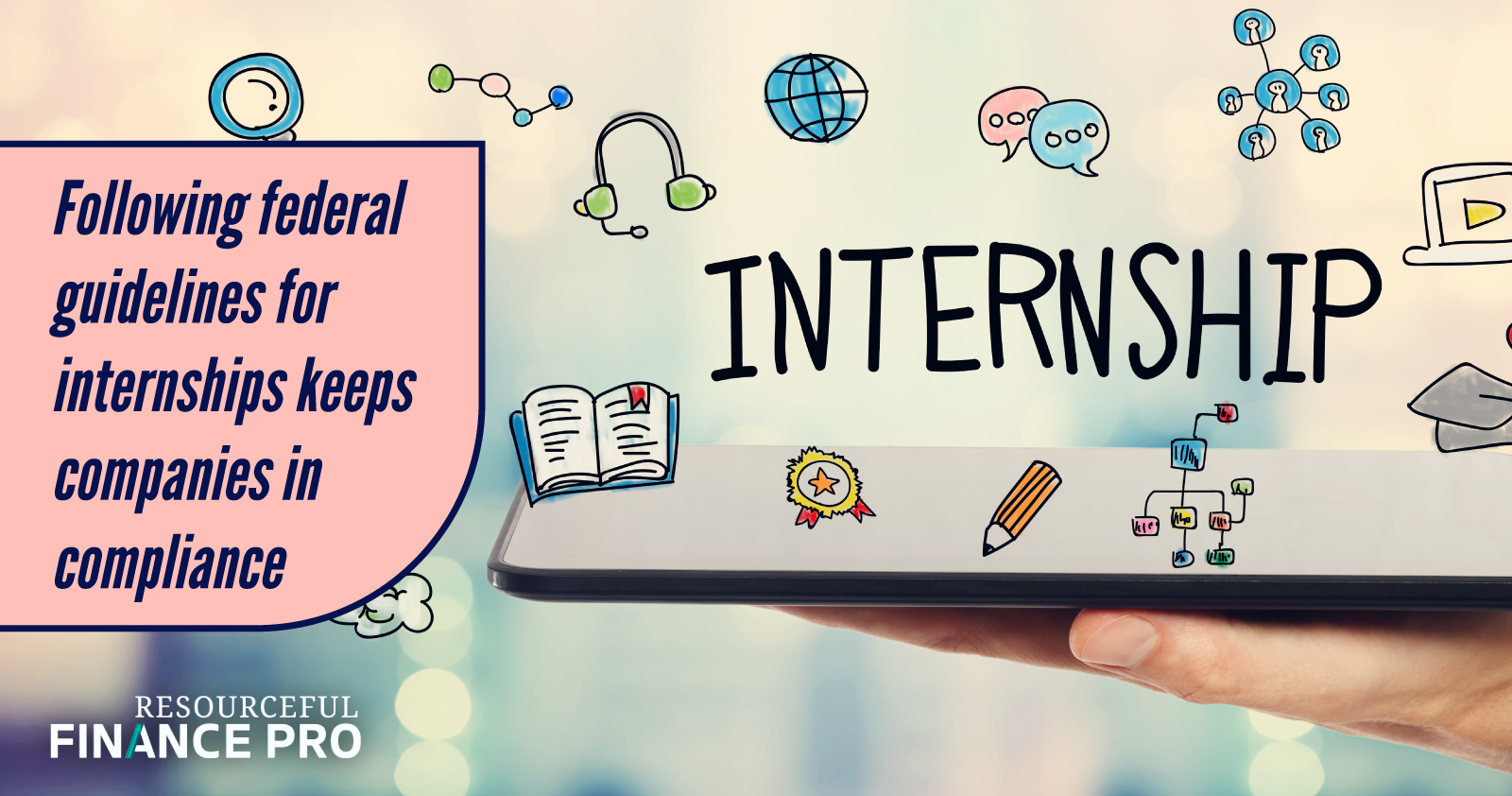 Many employers welcome a fresh-faced crop of interns each summer, and often, they’re unpaid interns.

A recent court case illustrates why you and your Payroll team should be careful when dealing with interns this summer and beyond.

In McKay v. Miami-Dade County, a woman in Florida had signed up for an autopsy forensic photography training program sponsored by the county. She decided to participate in the program to train in the field without the need for additional schooling. The county’s six-month program was free of charge, and interns weren’t paid.

As part of the program, interns received training and completed assignments under varying levels of supervision from staff. The woman participated in the program for about five months, then quit before finishing it.

Early the next year, she filed a lawsuit against the county, alleging that she should’ve been paid minimum wage and overtime for her time worked under the Fair Labor Standards Act (FLSA). Particularly, she said the county abused the training program and used interns to “save … labor costs.”

Ultimately, the employer won in this case, and the 11th Circuit upheld the district court’s decision on a recent appeal. The woman was clearly an intern, not an employee, because she was the party who benefited most from the relationship.

Although the employer did receive free labor, the intern pursued the program instead of obtaining formal schooling for forensic photography. Completing the program would’ve saved her money and time, so the internship was mostly for her benefit.

As the district court said, the woman’s “free internship allowed her to develop skills in forensic photography over a short period of time, imparting a significant benefit to her.”

To affirm the district court’s decision, the 11th Circuit used the “primary beneficiary” test endorsed by the Dept. of Labor (DOL). This test can help employers determine if the college student who’s working for the summer or the semester is an employee entitled to wages under the FLSA or an unpaid intern.

The test contains seven elements that you should consider with your internship program, especially if you have unpaid interns. Look closely at the extent to which the:

Other exemptions apply here, too, the DOL said. The FLSA does allow people to volunteer for state or local government agencies and be unpaid for certain services. The same is true for nonprofit food banks.

And having unpaid interns who volunteer their time to a nonprofit organization for charitable, civic, humanitarian or religious purposes is generally allowed under the law.

Also of note: Even if an employer does benefit from hosting an internship program, that doesn’t necessarily mean that interns should automatically be paid.

As the district court said in its decision with McKay, “there is nothing inherently wrong with an [employer] benefiting from an internship that also plainly benefits the interns.” Unpaid internships should primarily benefit the interns – not solely.

Ultimately, as long as you can prove your company’s internship program for unpaid interns and students meets the DOL’s requirements and interns benefit the most, you’ll be protected against costly wage and hour lawsuits like McKay.

You might need to work with Payroll and HR to see if your unpaid interns’ job responsibilities align well with the above-mentioned factors – and to determine whether you should be paying interns if you aren’t already.

And if your interns are paid, it’s vital to make sure you’re following the overtime and minimum wage requirements of both the FLSA and your specific state/locality – especially if you’re employing students who are under 18, since there are also child labor laws to consider. These Payroll issues can trip up even the most careful employers.