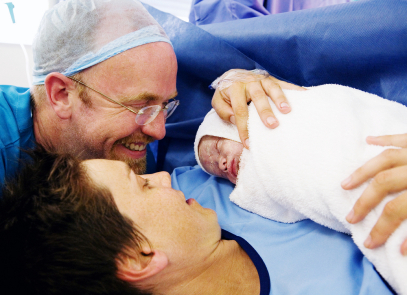 As parental leave policies are becoming increasing popular, finance chiefs need to keep this in mind: Not giving new fathers the same type of leave as new mothers to bond with a newborn or newly placed adopted or foster child can prove very costly.

That’s a lesson Estee Lauder learned recently in what appeared to be the EEOC’s first-ever lawsuit specifically against a company’s parental leave policy. As a result of that lawsuit, Estee lauder will pay a total of $1.1 million to the class of male employees named in the EEOC.

The settlement is the result of a discrimination lawsuit against Estee Lauder Companies Inc. because of its parental leave and flexible leave policies.

According to the suit, Estee Lauder only gave new fathers two weeks of leave for “child bonding” when it offered new mothers six weeks.

The suit also claims female employees were given more flexible arrangements when they returned from work after childbirth.

In addition, the company offered new mothers four weeks of “transition” time, which allows them to return to work on a flexible schedule until they get re-situated at work.

Acting director of the EEOC’s Washington field office, Mindy Weinstein, did commend the cosmetics maker for its parental leave policy and flexible work arrangements, which it called “wonderful” (… at least in their intent).

However, Weinstein went on to add the caveat that “… federal law requires equal pay for equal work, and that applies to men as well as women.”

‘Should not reflect stereotypes’

In addition to the payout, Estee Lauder is required to administer its parental leave and return-to-work benefits in a manner that ensures equal benefits for male and female employees and uses sex-neutral criteria, requirements and process. Plus, the company is required to provide training on unlawful sex discrimination and allow the EEOC to monitor its practices.

Since the lawsuit, Estee Lauder implemented a new parental leave policy that provides all eligible employees, regardless of gender or care­giver status, 20 weeks of paid leave for child bonding and the same six-week flexibility period upon returning to work.

“Parental leave policies should not reflect presumptions or stereotypes about gender roles. When it comes to paid leave for bond­ing with a new child or flexibility in returning to work from that leave, mothers and fathers should be treated equally.”

This story was initially published on our sister site, HR Morning.