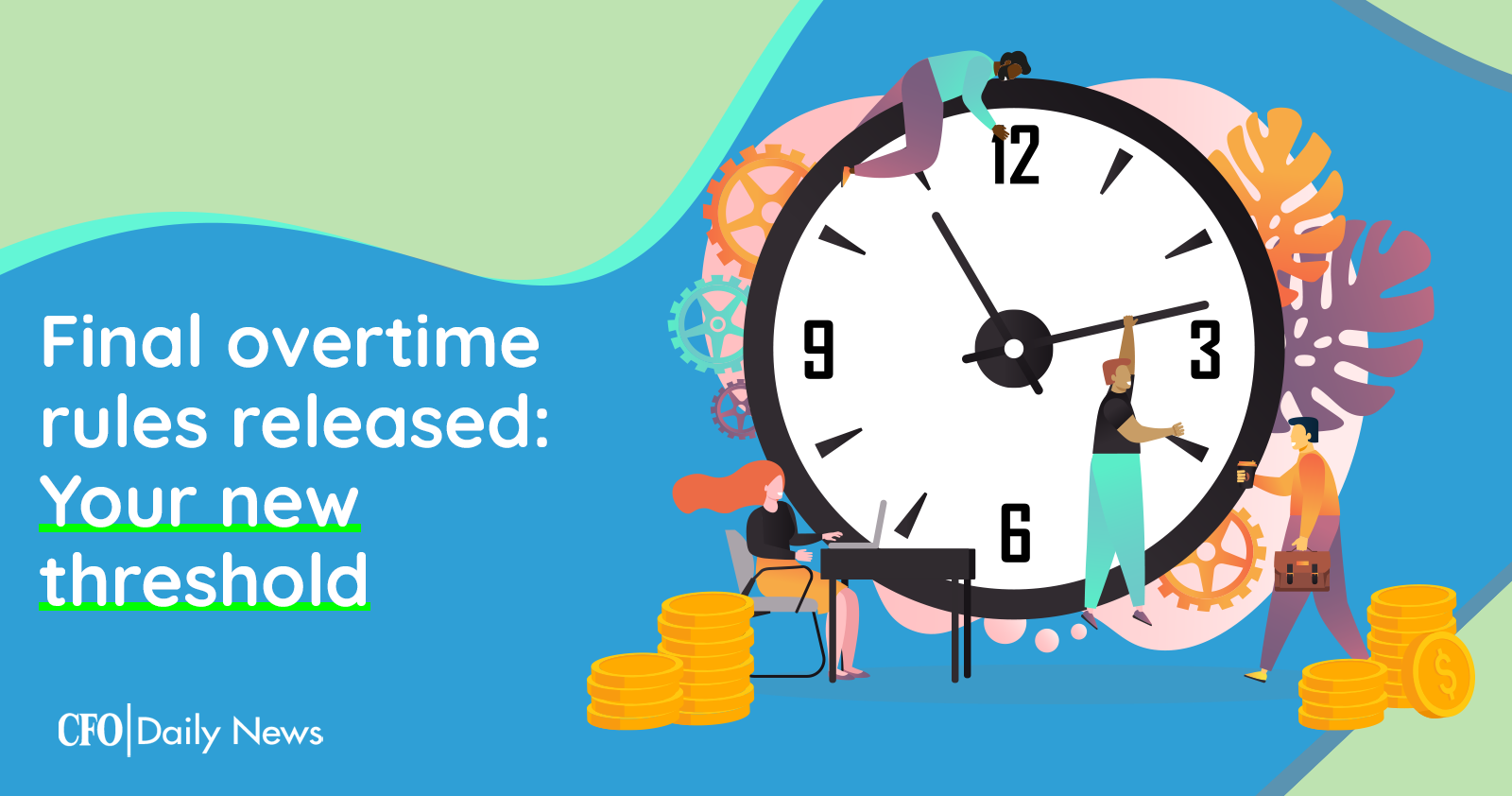 Get ready to open your wallet wider! The Department of Labor (DOL) just released the final overtime rules. And they’re expected to push 1.2 million U.S. workers into time-and-a-half territory.

That’s a significant jump from the current thresholds of $23,660 and $455 respectively.

And while everyone knew the new rules were coming, employers certainly aren’t being given a ton of time to prepare.

Here’s a rundown of the final rule – including what changed from the proposed version – so you can be confident your company is ready come January 1.

1. Threshold up from proposed one

While it’s only a few hundred dollars more, the new threshold is higher than the one in the original proposal.

If you’ve already been doing some scenario planning, it shouldn’t be too hard to bump that figure up, and you likely won’t have too many employees to add to the overtime-eligible pile.

Now that the number is official, you can generate a definitive list of:

•   which folks would now earn overtime, and

•   how much that could cost you next year.

From there you can have the larger conversations about whether it might make sense to raise their salaries by just enough to put certain folks over the new limit.

Of course, now you’ll have to take more into account when you determine just how much employees make in a year.

The new overtime rule allows employers to use non-discretionary bonuses and incentive payments (including commissions) that are paid at least annually to satisfy up to 10% of the standard salary level.

That’s in response to how many companies use these types of payments as part of their overall compensation strategy these days.

So Payroll will have some additional numbers to pull as you figure out who falls where in regard to the new threshold.

As far as calculations go, you also have a new threshold for which salaried employees will qualify as overtime exempt as “highly compensated employees” (HCEs).

(Credits for board or lodging, payments for medical or life insurance, or contributions to retirement plans or other fringe benefits don’t count toward it.)

Lastly, make sure everyone from Payroll staffers to your CEO understand: We won’t go several decades before we see more changes to the overtime threshold.

The DOL says it plans to adjust it every four years. So having a system now will serve you for years to come.