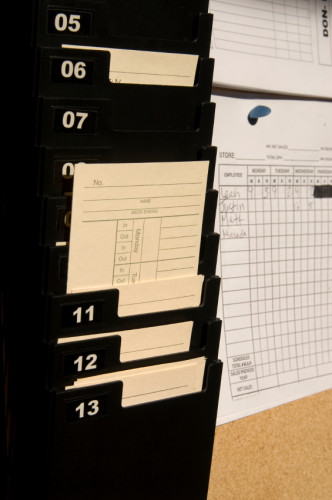 Rounding nonexempt employees’ hours for pay purposes has always been a risky practice, and the feds have been cracking down on many firms that employ this practice. But does that mean you should avoid rounding altogether?

Not if you do correctly.

Take it from one California employer that just came out on the winning end of a lawsuit on the subject.

Paid too little … and too much

In a class-action suit, Utne v. Home Depot U.S.A., Inc., Home Depot employees called its timekeeping system to task because when employees punched out, it rounded their time to the nearest quarter hour.

And that’s what made a California court side with the home giant.

When the company presented expert testimony analyzing five years of the rounding practice, it could prove that 57% of the shifts were either overpaid or unaffected by rounding.

So if you do round time for easier tracking, make sure it can – and does – go both ways consistently.

Of course, employers should always be extra careful when rounding.

Here’s an example why: During a presentation at the 2017 SHRM Conference in New Orleans, attorney and former administrator of the DOL’s Wage-and-Hour Division, Tammy McCutchen, warned employers that the DOL has decided to put the practice of rounding hours under the microscope.

Why? In most cases, the DOL claims rounding actually winds up hurting employees.

It also doesn’t hurt that it’s easy an easy target for DOL investigators to spot during their reviews.

Here’s a really life example to show just how costly this issue can be for employers who end up on the wrong side of a DOL investigation.

The DOL investigated Quik Park, a company that operates 138 parking garages in the New York City area, and uncovered a number of FLSA and overtime violations that stemmed from its rounding practices.

According to the agency, the company rounded its employees’ hours and programmed its timekeeping system to automatically record their scheduled work hours instead of the actual hours worked they put in.

That proved costly, and Quick Park wound up paying $296,836 in back wages to affected employees.

Be ready to back it up

Employers that don’t want to give up rounding need to be prepared to prove the rounding doesn’t have an overall negative effect on employees.

Key: The FLSA allows staffers’ time to be rounded to the nearest quarter hour. Time from 1 to 7 minutes may be rounded down, and time from 8 to 14 minutes must be rounded up.