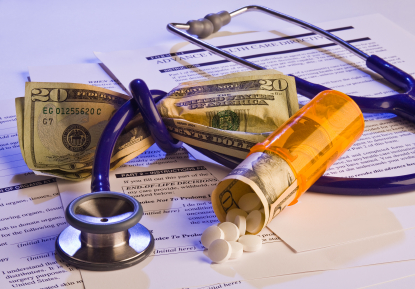 Companies are well within their rights to enforce drug policies that prohibit employees from working under the influence of drugs that impact performance and safety, even if the substances are legally prescribed prescription drugs. But there is a gray area to the law employers must keep in mind.

That gray area involves the intersection of the ADA’s reasonable accommodation process with a company’s drug policy. And a recent lawsuit highlighted how strictly following a policy without first considering the ADA’s implications can come back to haunt a company in a big way.

In Stewart v. Snohomish County PUD No. 1, Cynthia Stewart worked as a customer service rep for Snohomish County for more than 20 years. She also suffered from chronic migraines for the better part of her adult life.

While she sometimes treated her migraines with non-prescription drugs, she also used a doctor prescribed narcotic drug, Dilaudid, for bad migraines. When Stewart’s migraines went unchecked, she’d sometimes be unable to work for two-to-three-day periods.

During particularly bad flare-ups, Stewart would occasionally take time off to get Dilaudid injections. While these injections would help the migraines, Stewart would experience confusions, sleepiness, slurred speech and an itchy feeling, in addition to the regular side effects of a migraine — pale skin and droopy eyes.

Despite the serious side effects, Stewart’s doctor insisted she could return to work a few hours after an injection.

But Stewart’s side effects seemed to directly contradict the company’s “fitness for duty” policy. That policy prohibited employees from working under the influence of drugs or alcohol and allowed for drug testing if a manager had a reasonable suspicion an employee was impaired by either substance.

What’s more, the policy made no exception for employees who take prescription drugs to treat their disabilities; theses workers were subject to exact same policy rules.

Things got complicated after Stewart had issues with her supervisor regarding her migraine-related absences and said “all this leave is a problem.”

This prompted Stewart to apply for and be granted FMLA leave. Stewart’s supervisor eventually suspected she was abusing that FMLA leave. Then, on a day she returned from an injection, he reprimanded her for an unexcused absence the previous day. Stewart became visibly upset and started crying due to the reprimand. Even though her supervisor suspected she was impaired and referred her for a reasonable suspicion drug test, he first sent her back to her desk to finish out the work day.

Despite a doctor’s note explaining the need for the injections, Stewart’s employer asked her about the timing of her absences, her medications and her health.

When her first drug test came back positive for the opioid hydromorphone, her employer required her to sign a return to work agreement  and placed her on a forced leave of absence to undergo a substance abuse professional (SAP) evaluation and another drug test. The agreement, which contained no exception for the medications she took for migraines — medications that were listed in her FMLA paperwork, said another positive test for “potentially job-impairing medications” would result in immediate termination.

When she again test positive for opioids, Stewart was fired. She then sued her former employer for violating the ADA and her state’s anti-discrimination regs.

Where the company went wrong

A court sided with Stewart and ordered her former employer to pay more than $1.8 million in damages for failing to accommodate her use of opioids that had been prescribed to her migraines and for firing her for a positive drug test.

On the surface, it seems like the company was well within its rights to fire an employee who clearly violated its clearly worded drug policy. However, there were several other factors at work.

In this case, the company blatantly ignored several important factors. For example, Stewart’s doctor had sent a note to employer saying “if she [Stewart] is able to rest after her shot, she is not impaired and is able to work without restrictions” that never factored into the drug-testing or termination decision. Plus, the company disregarded Stewart’s FMLA form, which explained her need for the prescription and the fact that even though she might test positive for drug it would not necessarily mean she was impaired.

Finally, the company failed to engage in the interactive process to see if there was a reasonable accommodation for Stewart’s disability (chronic migraines).

The bottom line: Even though employers can create drug usage policies that include prescription drugs, employees have a protected right to use prescribed controlled substances and come to work unless such use creates an undue risk of harm or a safety issue. If your blanket drug policy doesn’t account for this — and doesn’t address when and how to engage in the interactive process for individuals with disabilities who are taking prescriptions drugs — you could wind up in a situation like this company.

(Note: This story was initially published on our sister site, HR Morning.)