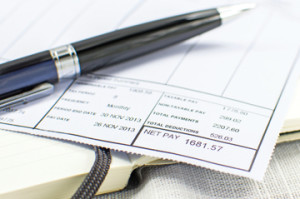 Everything up to this point about the DOL’s new overtime regs has made CFOs want to rip their hair out. So even minor positive changes to the white-collar overtime exemptions in the final rule would be a welcome relief.

And finance chiefs are likely to see at least one small, but positive change in the DOL’s final rule.

According to the Politico’s Morning Shift, the feds have decided to lower the salary threshold in its final version of the highly anticipated OT rule.

Of course, the question then becomes: How much will the salary threshold be lowered? According to the Politico report, which cited sources familiar with the agency’s current deliberations, the number the DOL seems to be considering is $47,000.

That amount would make the new threshold almost exactly double the current number.

Under the current FLSA regs, the minimum salary a worker must be paid to be exempt from overtime is $455 per week or $23,660 per year. Under the proposed regs, that amount was slated jump to $970 per week or $50,440 per year. The agency calculated the new minimum salary would equal the 40th percentile of weekly earnings for full-time salaried workers.

While decreasing the salary threshold by less than $4,000 may not seem like much, it has the potential to impact a lot of workers.

According to research by the Economic Policy Institute, a salary threshold of $50,440 would likely affect nearly 13.5 million U.S. workers. A threshold of $47K, on the other hand, would reduce the number of workers impacted by the OT changes to 12.5 million (23% of salaried workers).

Of course, both of those figures are well beyond the DOL’s own estimates. According to the agency, the proposed OT changes would impact almost five million workers — 1.2 million of whom would see a wage increase and rest seeing their hours cut.

While the new salary threshold amount in the proposed regs gets the bulk of the attention, there are several other components of the OT changes employers need to keep in mind, such as:

Bonuses. The proposed regs will not tie nondiscretionary bonuses toward a person’s salary. Under the current regs, these bonuses are only included when calculating the total compensation under the highly compensated employee test. However, like all the provisions in the proposed reg stage, this could change because of the comments the DOL receives.

In addition, many experts expect the DOL to include something like California’s duties test in the final rule. Under the CA test, staff must spend more than 50% of their time on exempt duties to be classified as exempt.