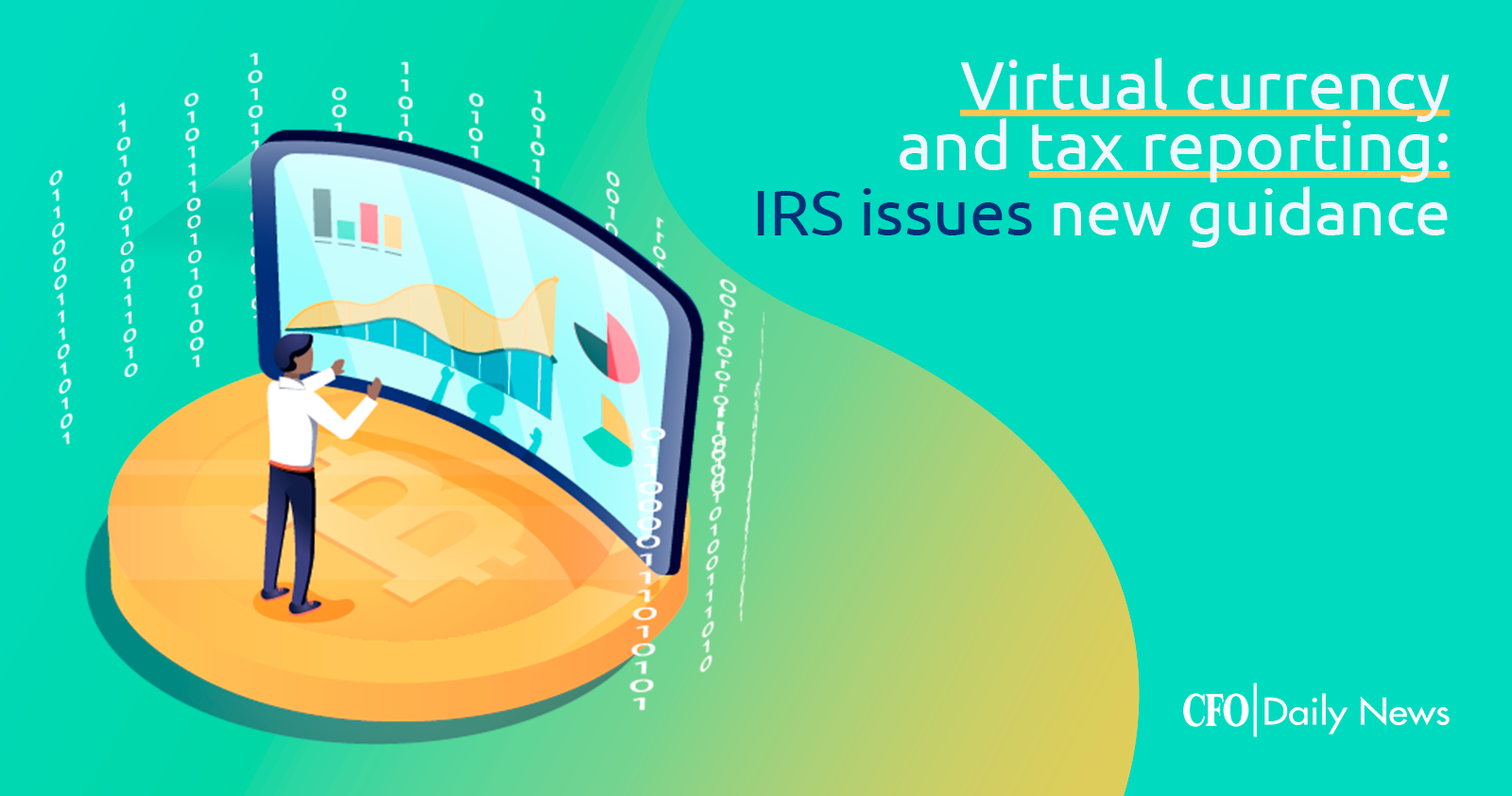 Whether or not your company has yet to tap virtual currency, from bitcoin to blockchain, IRS wants you to start thinking about the tax implications.

The Taxman just issued new information laying out companies’ reporting obligations. And it’s a one-two punch of guidance to get your company prepared for the compliance portion of this looming technology.

This is a long time coming. The last time IRS gave us any direction on the subject was all the way back in Notice 2014-21.

The tax portion has been a major roadblock when it comes to widespread adoption.

A recent survey by EY identified the top obstacles your peers face on this front:

Take a look at what the Taxman’s saying now so that top hurdle doesn’t slow you down.

IRS outlines then analyzes two different scenarios and spells out the tax consequences for each. That way you’ll get a better understanding of what’s a reportable transaction and what’s not.

If your company is getting involved with digital tokens, this guidance will be critical for you and your team going forward.

No matter how far along you are on the virtual currency continuum, the other portion of new guidance will offer clarity. And it can help other members of the c-suite who might not be a familiar with the entire concept of virtual currency.

Here IRS offers up 43 Q&As. And they range from the most basic – “what is virtual currency?” – to the complex – “how do I account for a sales, exchange or other disposition of units of virtual currency if I do not specifically identify the units?”

And don’t expect this to be the last you hear about virtual currency from the Taxman. IRS will offer additional guidance sooner rather than later.