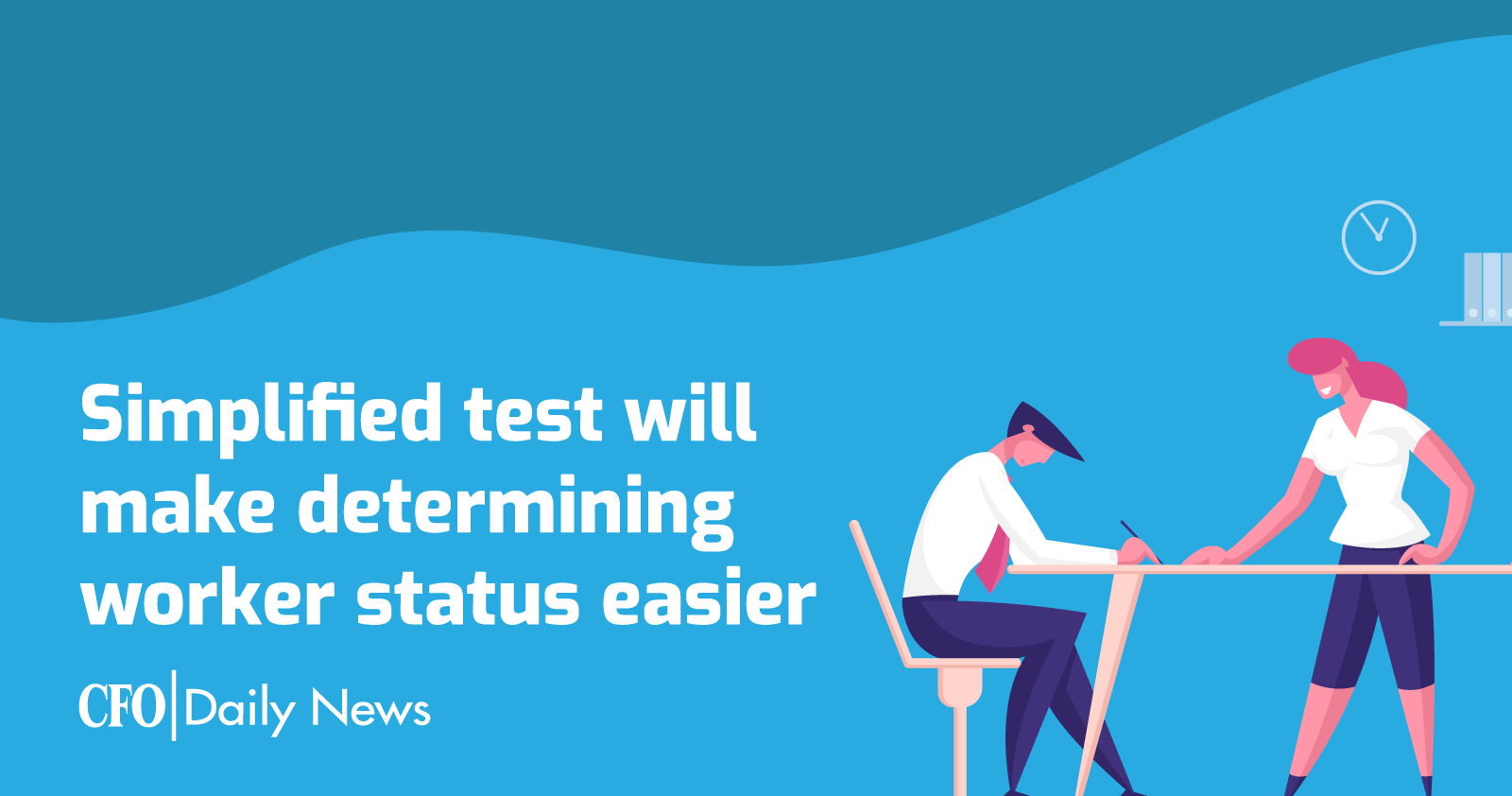 Update May 11, 2021: It looks like your company won’t be bound to the Department of Labor’s new independent contractor rule after all. On May 6, 2021, the DOL withdrew the rule in the Federal Register, saying it was concerned the guidance “would cause confusion or lead to inconsistent outcomes rather than provide clarity or certainty.”

In addition, the DOL argued the rule “failed to fully consider the likely costs, transfers, and benefits that could result,” especially for workers who may no longer get FLSA wage and hour protections as independent contractors. And it added that withdrawing the rule wouldn’t be disruptive, since it hadn’t taken effect yet.

Update Jan. 26, 2021: The Department of Labor finalized and published this rule on independent contractor classification in the Federal Register with an effective date of March 8, 2021. But more recently, the new Biden administration froze the rule, putting it on hold indefinitely.

Good news: Ensuring independent contractors (ICs) and employees are correctly classified is going to get a little easier for your company.

The U.S. Department of Labor (DOL) recently posted a proposed rule in the Federal Register on determining whether a worker is an IC or an employee under the Fair Labor Standards Act (FLSA).

According to a DOL news release, the new rule aims to:

On a more detailed level, here are the four main points of the proposed rule, as stated by the DOL:

1. Economic reality test: The new rule uses an “economic reality” test to determine if someone’s an IC. The primary factor: whether a worker is in business for himself/herself or is economically dependent on a certain company for work.

2. Core factors: The new rule cites two “core factors” that can help you with the economic reality test, namely:

These two factors should aid your company in deciding if a worker is in business for himself/herself or economically dependent on your company.

Note: The last factor speaks to whether a worker is integrated into a process alongside others, such as an assembly line. It can also encompass those who work closely with employees or perform similar/interrelated jobs.

4. Actions over words: Lastly, the DOL includes an important reminder for determining whether someone is an IC or an employee. It explains the actual practice is more relevant than what’s contractually or theoretically possible.

Essentially, remember that actions speak louder than words. Even if your agreement reads “independent contractor,” that’s not enough to prove an IC relationship. How the worker carries out their job in regard to the economic reality test, core factors and other factors mentioned above matters more.

Note that while this proposed rule would simplify worker classification to some extent, it wouldn’t overrule state IC laws, such as California’s ABC test.

All in all, the DOL hopes this far-reaching effort will help reduce worker misclassification and litigation. And as CFO, you know what that means: If the rules for worker classification are clearer, there’s less justification and leniency for companies that get them wrong.

To stay compliant with the feds, it’s critical for leadership and others involved with IC relationships (e.g., HR, A/P) to understand the new rule and begin to incorporate it into their decision making.